Immensely talented as both a writer and an artist in her own right, we caught up with Harloe and had a chat about herself and her excellent debut EP Rivers Run Dry.

Harloe is an artist that boasts a wide range of production and writing credits for a litany of artists including pop megastars Charli XCX, Britney Spears and Celine Dion. 2020 has seen the release of the Harloe’s debut EP Rivers Run Dry, a true emergence into the spotlight for the artist herself.

The extended play tackles themes of adversary and broken relationships and Harloe tears them apart with her immensely powerful aura and vocals, establishing herself as a force to be reckoned with in her own right. As well as writing for others, Harloe has truly found her own voice, and what a voice it is. We caught up with the talented singer-songwriter and found out a little more about the writer, the artist and the person that is Harloe.

I’ve been making music for as long as I remember being able to sing and come up with melodies but I started really writing songs when I was 16 years old.

I make music because I feel like it’s the only way that I can get my inner world out of my head.

Life, random people I see on the street having conversations, hardships, love, and other peoples music.

I would say my best moment so far has been a combination of things, but definitely releasing my debut EP has been the most rewarding feeling.

As a writer it would be writing for Rihanna, and as an artist it would be just performing for a crowd that is signing my songs back to me. That would be really special.

We love your debut EP Rivers Run Dry, could you tell us some more about it?

The whole EP was basically my coming to terms with a relationship ending, but also having to find myself again. It was a really special process because you can hear the therapy going on in my head while the words are coming out. A lot of it was written on the spot, so that’s basically a look into my inner world, and I’m so happy that you guys like it.

How do you find that writing music for yourself differs from writing for others?

Writing for myself is a bit more inner work, whereas writing for others is a bit more relating to them and stretching myself outwards. It’s just a different feeling, tapping into your own emotions and I love doing both.

My Mom, I think is my biggest fan right now, especially with what’s going on in the world. We miss each other so much and I think that she’s really proud of the woman that she raised.

NOA navigates letting her guard down in 'Patience' Previous post 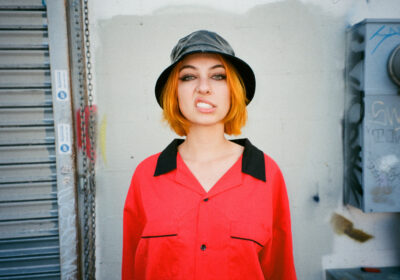 We had a chat with the hotly-tipped Cami Petyn, and found out some more… 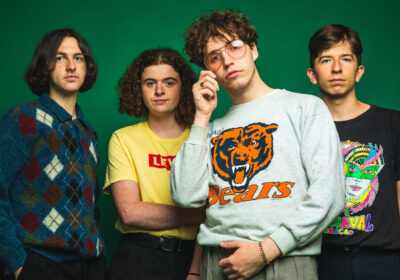 Photos: Barnaby Fairley We caught up with SPINN ahead of the release of their hotly-anticipated sophomore…