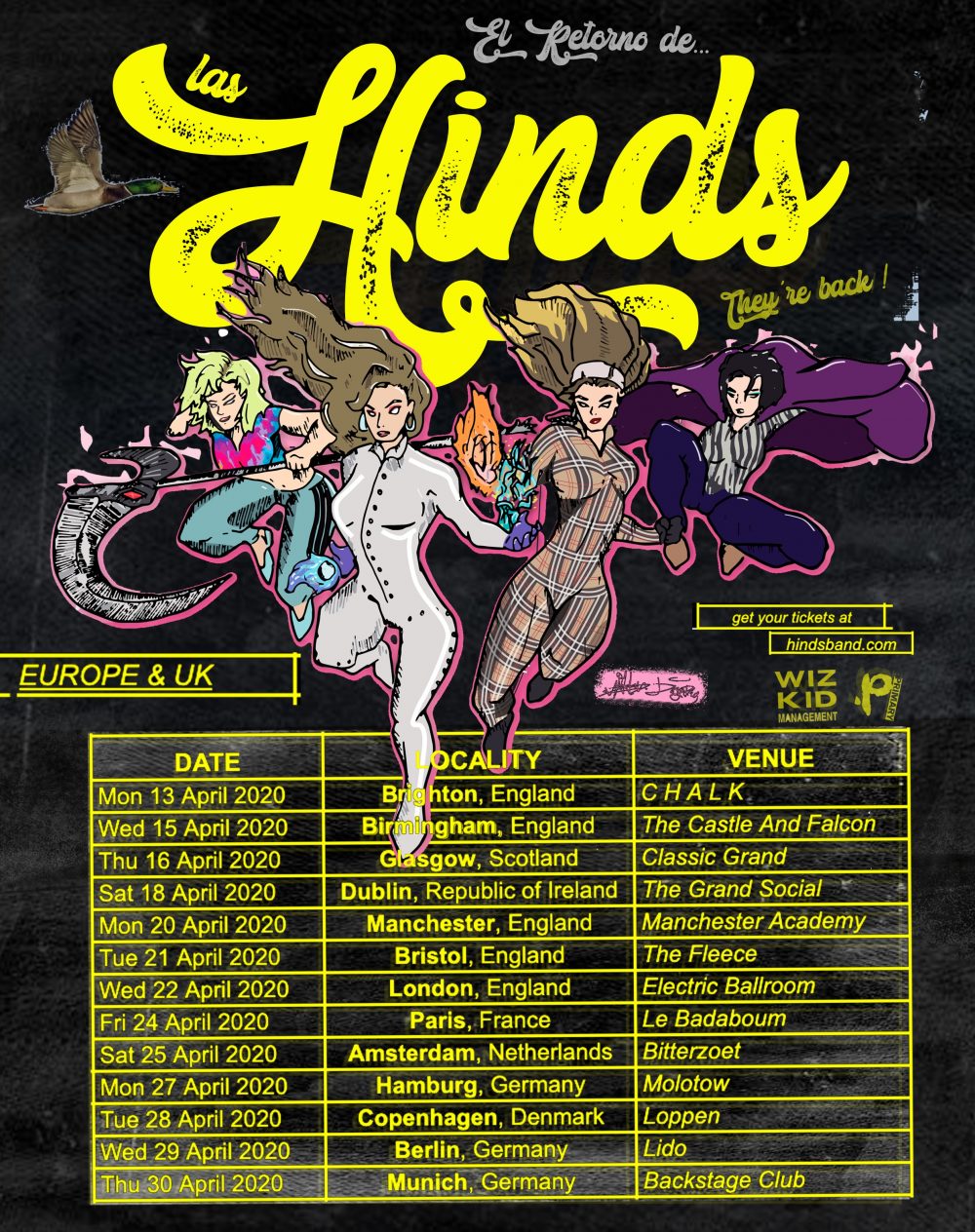 The track is the first taste of their third album!

Hinds are back, releasing new Keane Shaw directed video and announcing a tour across Europe with seven UK dates!

The new track is our first taste of their upcoming third album, following their sublime albums Leave Me Alone and I Don’t Run.

Tickets are on sale now here!

NISHA takes no prisoners in the fiery 'Figures' Next post