Packing a sound that packs both just the right amount of throwback 70s rock swagger and sauntering, modern, cutting edge, Cardiff’s Buzzard Buzzard Buzzard have truly carved out a niche for themselves in the music scene right now. Tracks such as ‘Double Denim Hop’, ‘John Lennon Is My Jesus Christ’ and new releases like ‘Warm It Up’ and ‘Crescent Man Vs Demolition Dan’ have helped establish the act as one of the UKs most fun and exciting, and with their full length debut currently in the works, the sky looks set to be the limit for these bright upstarts.

We had a chat with Buzzard Buzzard Buzzard’s endlessly charismatic frontman Tom Rees to find out a bit more about the band, their eclectic throwback sound and what else they have in store for the future.

We’re a rock band from Cardiff, Wales, we’ve been ripping 70s rock songs for quite a while now and nobodies said anything.

As a band for about four years now which is real spooky because it only feels like six months but time keeps on marching – personally however since I was like 12, playing various incarnations of the riff from Seven Nation Army and passing them off as my own, a true plagiarist at heart.

I think I just love it, I don’t think I do it for any form of self-help or soul searching or anything like that, I just love making something that wasn’t there before – and though that might be the same with pottery or woodwork, music is even weirder in that sense because it isn’t tangible, you’re creating something that has to be performed to be experienced, which is so cool.

Recently I’ve been inspired more so by stand up comedians than actual musicians – I feel more and more lately that the artistry of comedy and music are really similar, so I’ve been listening to a lot of Tom Segura and Marc Maron – they’ve been getting me going lately – musically though it’s all the same stuff, ABBA and Fleetwood Mac and all that.

Glastonbury was a big one, hindsight is a hell of a thing but given the situation we’re in now, I don’t think I’ve ever been as happy as I was there.

Your dads favourite covers band but they all still have their hair, for now.

As you go on being a musician this bar kind of drops gradually, so at the moment I kind of already feel I’ve made it – I’m a producer and I get to work with a load of bands I love, and I get to tour and make music with my best friends so it’s all pretty good. I’d just want people to really cherish the music we make so they look back in like twenty years and have a really vivid sense of who and where they were.

We love your single ‘Warm It Up’, what more can you tell us about it?

At the start of the pandy I got really into cooking and fancied myself as a professional chef (naturally) so I wrote a song about it – it was a way of writing something that wasn’t directly related to the pandemic cause I thought that was lame and hey man Mick Jagger just proved me right.

What other plans do you guys have for the near future?

For better or for worse it will always be my father and I love that. 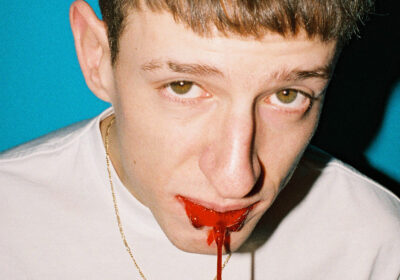 Photos: Philipp Gladsome We had a chat with creative and exciting emerging artist Shelter Boy… 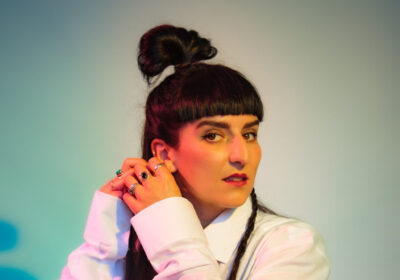 Who TF is Bellatrix?

Photos: Raphael Neal Following the release of their brand new EP I Was An Aphid,… 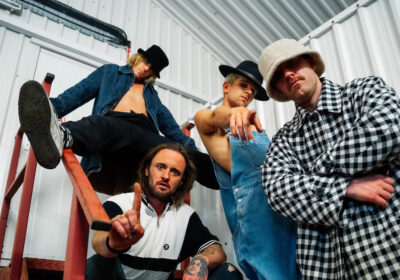