Catholic Action have created a worthy follow-up to previous album In Memory Of that is comprised largely of fun squeezed and scraped between a sense of friction and reality. Produced by lead singer and guitarist Chris McCrory (SPINN, Walt Disco), ‘Celebrated By Strangers’ continues an evident break-off from the crowd without sacrificing creativity in the indie-rock scene.

With straight-talking attitudes early tracks like opener, ‘Grange Hell (South London in D)’, slap on a ‘Del-boy’ jolliness to ironically represent bleaker times. The main guitar pattern signals craftiness enjoyed with foot-slamming elsewhere inside the album, and the brief intro and mid-part maximise the instrumental scuffles used occasionally throughout. It’s a blunt madness unlike the bubbling under other tracks. ‘Witness’, maintains the work ethic albeit with a narrower path to start, until folk-like flicks of guitars and psychedelic supplements drip through areas also carried over to released single, ‘People Don’t Protest Enough’.

Third track, ‘I’m No Artist’, rings a new theme of self-assessment by manner of self-deprecation, and keeps the pace with a stronger lean towards sincerer happiness, despite the modest words. ‘One Of Us’, said to be “reflecting a country ravaged by poverty and a disintegrating social fabric of increasingly isolated and intoxicated people”, persists with the pervasive lethargic foundations that spark mini-riot choruses. The vocals and lead guitar match notes and pattern for such a period that when the lead guitar freestyles, the contrast is a cathartic release from chanting chains. ‘Yr Old Dad’ is the best merger of whimsicality and marching beats that the record emits, accumulating at an electric takeover that ‘I’m No Artist’ should of done, and the amplified ‘Chelsea-Dagger-esc’ chorus will elatedly throw hats skyward for upbeat’s sake.

A vivid change in tempo arrives in ‘And It Shows’, and while the drowsy melancholy is a refreshing halt, thereafter the album begins to lose a sense of fun and steps into steadier yet, less exciting and more regular territory. Though ‘Another Name For Loneliness’ stops a tide from completely washing over, it admittedly loses the charmingly odd-infectiousness that you expect. ‘Sign Here’, a moody descent and Faustian pact with the music industry of part-weeping saxophones, compliments Chris McCrory’s cool and carefree voice for a damning opinion of a soul-sucking ride.

Leaving a gloomy atmosphere, ‘There Will Always Be A Light’ is a recuperating wake-up of optimism, yet more content and meaningful statements would have been a brilliant ascension to the unifying closer that makes ‘Four Guitars (For Scottish Independence)’. A more direct approach with a primary message aimed at their compatriots, it’s theme holds weight, but it’s energy is slightly underwhelming considering that charge – nevertheless it dismisses the wallowing and ends with windy sails.

Overall it’s a bit rougher and louder, and laxer enunciation creates drowsier sounds combined for a sense of self-pity, yet a touch of lyrical clarity would of provided a stronger connection. The first half is defined by swiftly eccentric guitar spasms and intermittent strumming, and whether part-featured or ever-present, that instrument skips and skids often in a strangely delightful tone, unfortunately not matched later on. Despite that, the emphasis on instrumental craft has helped build a much more memorable project.

Predominantly, Catholic Action have created a record that combines an industrial bustle that deservedly overflows into many great choruses, whilst infiltrating them with a sense of jaded obligation that reflects the national attitude and theirs as a band. It’s a great evolution, and a proclamation for identify, but ultimately, a win for their sound. 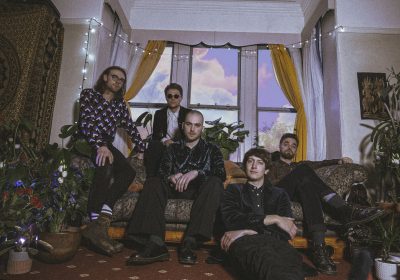 Album Review: KOYO – You Said It

KOYO tackle relationships and loss in emphatic fashion on album number two. Since the release… 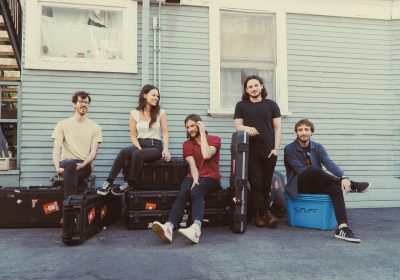 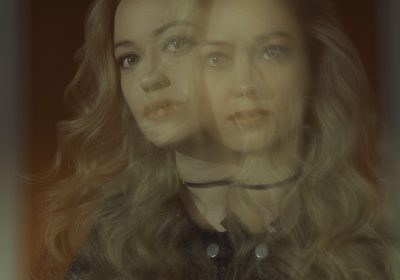