Since ‘Cool To Be Unhappy’ was released in 2020, the first offering from Phil Danyew’s retro-inspired indie rock project Elephant Castle, CLOUT have repeatedly championed the artist and his refreshing and unerringly consistent contributions to the genre. With release after release, Elephant Castle has added more and more spacious and beguiling pieces of work to their catalogue and slowly turned into an outfit stacked full of huge tunes.

The latest of which is brand new release ‘French Food’, a playful and unique take on the “quarantine song” that sees mid-lockdown Phil looking back on what life was like before the restrictions and the luxuries that we can tend to take for granted. There is a quintessential Elephant Castle sound now that has been established and this track has that DNA running throughout it, Elephant Castle prides itself on recording with the limitations and restrictions that artist’s of the 60s had and creating a thoroughly real, human sound that feels free from the meticulous obsession with perfection that has grown more prevalent in recent day. The biggest compliment that you could pay to these tracks is that this isn’t really something that you would notice unless you were told prior, and yet these tracks fizz with a real sense of life and purpose. We had a chat with Phil about his new release and his thoughts about the project, now seven singles down the line.

We love your new release ‘French Food’, what more can you tell us about it?

Oh, I’m so happy you love it! ‘French Food’ isn’t really about French food. It has been a crazy year and a half. Everybody’s life has changed to at least a minor degree. For most, It has been quite challenging to have our lives interrupted or brought to a screeching halt as we knew it. Those of us who are privileged enough to be safe and healthy can daydream about the things we used to do—things we often took for granted. French Food is about being isolated and daydreaming about “normal life.”

French Food came together quite quickly. I wrote it in a couple of days while taking an online songwriting workshop. The workshop involved writing three songs over the course of a month. French Food was one of them. I messed around with guitar tones over a drum loop I made. The vocal melody came and then the bass. I had my buddy Mark Pontius (Foster The People) play drums on it with the intention to replace the loop but I ended up using both of them together because it felt good. I had the idea to write about what a lot of people are going through without making a “quarantine song”. So I found an angle that was fun and worked.

There is a really interesting juxtaposition within the track between the ideas of being stuck at home in isolation and going out for food with somebody, have you found the recent lockdowns to be a good creative spark or the opposite?

I have found the lockdown to be mostly good creatively speaking. Collaboration is amazing but I prefer to work by myself most of the time. I’m also a bit of a hermit so lockdown changed my day-to-day by about 5%. Ha! It wasn’t really until like nine months into lockdown did I start missing friends and going out for breakfast or grabbing drinks with friends.

You’re building up quite a reputation for the consistency and variety within your releases, how do you feel about your body of work to date and the reception it has got?

I feel very proud of all the Elephant Castle releases so far. I dig that they vary. I don’t have a set way so when I’m writing it feels more like discovery or excavation and less like building a house from a blueprint. I like to change it up. That keeps it fun and magical. My biggest focus when I’m writing is to get out of the way and let the song do what it wants to do. At certain points, decisions have to be made to make it still feel like an Elephant Castle track, but for the most part, I just let the song go where it wants to and let inspiration find the path it wants to take.

What more should we expect from Elephant Castle going forward?

You can expect more tape saturation, harmonies, and well, singles. Elephant Castle is a young project so putting out a record would please very few (I’d be one of them). For the most part, it would be a flash in the pan. The attention span of the masses is smaller than ever and releasing singles gives me something to talk about and constantly ping people’s radars while more and more people become aware of the music and new fans are made in the meantime. I’m really milking it. Haha! It makes the most sense for where the project is right now.
Share 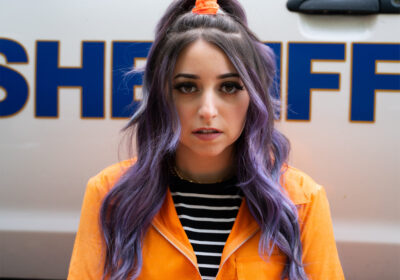