Abbie Ozard is an artist that seems to create worlds more-so than songs, crafting vast and detailed soundscapes that feel relatable and raw enough to insert yourself into and lose yourself in. In 2020 and now 2021, being able to remove yourself from this world and go to another one is largely seen as a good thing.

The artist acknowledges this and has thus, heroically released her new EP lets play pretend when the world needed it most. Less around the clock news updates, more happy and vibrant, bleachy indie pop. Naturally, we felt there would be no better way to prolong our stay in Abbie Ozard’s wonderful alternative world than by having a chat with the artist, so we found out a bit more about her and the music that she creates.

Abbie Ozard! It’s great to sit down and have a proper chat (Kinda). We’re such big fans of your music as you well know. Tell the world a bit about the musical world of Abbie Ozard?

This EP is different from the first as I’m trying to cover up the shit that’s happening in the world right now by creating new worlds different from this one. The first EP was pretty on the nose in the fact that it is was more of a thing used to help me through the turmoil and heartbreak that came with growing up. Each EP has been like a therapy session for me and hopefully other people as well.

I’d say probably performing live, as you get to see people’s reactions to what you’ve created. It’s very comforting to know that people are connecting with my music and are enjoying what I’ve created. It’s such a massive relief when i see people singing along, it’s like fuckk yeah i’m doing the right thing.

2021 has been such a crazy year for musicians, how much has it had an impact on your music?

So obviously it’s been dead shit not being able to perform live and me as much as anyone is really having to focus on social media to promote myself instead of being out in the real world. In some ways it’s been a blessing because I wouldn’t have created half of the stuff I have without lockdown being a thing. TV kween was written on FaceTime and the video was filmed using just me and my mate and it’s my favourite video so far. I guess it’s been more simple as you’re much more limited in what you can do, so you’re really pushed into getting more creative in how you work.

We for one are absolutely missing live shows/festivals more than ever thought. If you were to create an ‘Abbie Ozard Festival’ (can we come??) then WHO would be your 3 headliners?

Oscar Lang – his live shows are amazing and he’s hilarious.

Living inside a fantasy.

An oh so generic question, but let’s end on a classic. What does 2021 have in store? Festivals/shows/new music?! Tell us all you can/want.

Obviously if we’re allowed, lots and lots and lots of gigs. I want to just keep writing, no matter how many people are listening. I want to create another big, cool conceptual body of work to help people get through life. If I’m helping someone through music then I’m doing my job right 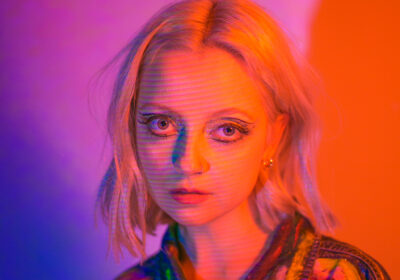 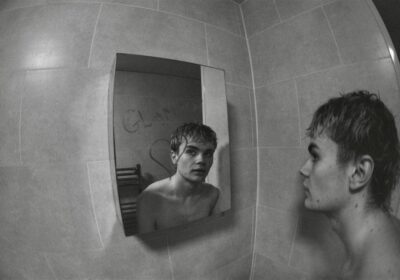 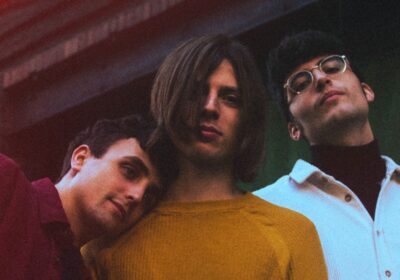