UpClose with The Reytons

There isn’t much that can be said about raucous South Yorkshire act The Reytons that would do justice to their anthemic, no bullshit sound. The outfit create music that is tailor made for explosive and riotous live shows, and when we say explosive, we mean e x p l o s i v e. With a real sense of working class grit, relatable lyrics that paint vivid pictures of modern life, and a relentless work ethic that has seen the outfit become renowned as one of the nations revered and most exciting live bands, The Reytons feel like an outfit set to smash through the ceiling and beyond.

2021 has seen the release of their eagerly awaited debut album Kids Off The Estate, providing further evidence to the boundless potential of the band, and arming them with more sonic ammunition for their chaotic shows. Along with our friends at CloseUp we had a chat with what many consider to be one of the most exciting and impactful bands around today.

Hello lads! It’s great to have a chat. We love your music as you well know. Tell us a bit more about the world of The Reytons?

Thank you very much for your support! I mean there are so many different aspects of our world as The Reytons its hard to really pin point what we’re all doing. If you ask me that on a Saturday you might find us gigging or touring, ask me on a Tuesday and we’re directing a music video, or figuring which actors we want to try and blag next! A lot of our time we find ourselves focused on what tomorrow, or the next weeks or months can bring.
We are a very DIY band, from the writing to the releases to the tours themselves. I think we’ve all been born with that graft mentality, so especially with the Album being out now we’re trying to take as much of it in as possible and just hoping for the best!

I mean I can only speak for myself on this one, but as a musician I love the process of collating ideas, usually hummed in on voice notes, and watching them unfold into a remanence of what they eventually become in the studio. I don’t think you’ll really find us giving those bullshit stories when we’re asked what they mean or what inspired them because the concepts we create and the lyrics Jonny puts down are just real to us. We see it every day. They’re all working class stories that we hope people can actually just relate and bounce about to. Thats why the writing process is so fun, from one sound to the next, we’re so open to what we write and what we’re inspired by.

The last 18 months and the pandemic have been crazy for musicians, how much has it had an affect on your music, and your debut record?

I mean obviously we were massively impacted by the pandemics effect on the live music scene and being unable to play our gigs. It was hard to have built something and sold out all those dates to then have to reschedule and not play for nearly 2 years, but I guess the positives shone through when we cracked on with doing what we know best which was writing an EP, May Seriously Harm You And Others Around You. We managed to get to 27 in the Official Album Charts with it, which was beyond words for any of us!
With the album I dunno if it was the pandemic or what, but there was a real struggle for us with Vinyl shortages which meant we had to push our album release back. I think we’re definitely up against it more than we ever have been with the releases that have come out the same week, but that’s what its all about. When you’ve got Taylor Swift, Little Mix and Bruno Mars and Anderson .Paak’s Silk Sonic releasing albums the same week, you can’t grumble at chart positions, but you can support the underdogs, and with Red Rum Club and Apollo Junctions releases this week as well its safe to say that guitar music is still up there regardless.

If you could create the official ‘AllReytons Festival’, which 3 artists would you have headlining? (Fri, Sat, Sun)

Wow, big question! I mean if it was up to me I feel like we already had our own festival line up on our tour we just got off! The Luka State and Corella both supported us on our first big UK tour and both absolutely killed it. If you haven’t already listened to them get on them!
That is a bit of a cop out though, and I wouldn’t headline our own festival because that’s a bit cringe! So I would probably go with Sam Fender, The Snuts and The Clause. Sam Fender has just set a precedence with his album, for me one of the biggest albums of the year. The Snuts album bangs from start to end and The Clause are up and coming, I love their tune In My Element. I feel like that there is a working class hero line up, we might do a couple in the afternoon but I want to be pissed up dancing about to those guys!

Talk to us about your debut ‘Kids Off The Estate’, what does it mean to be releasing it to the world?

This album means the world to us. Not just the four of us, everyone involved, from the team to our family. We all live and breathe what we speak, sing and play, and we fully believe in it. Rich summed it up perfectly in our documentary… “Were not being the voice for anybody, but we want to tell normal stories. Stories about the struggles and experiences that normal every day people go through.”
We are normal lads, from working class backgrounds just doing what we love, as brothers. If one person relates to one of our songs and takes something positive from it then we know we are doing the right thing. Its easy to give these tall tales of what our songs are and where they come from and what our songs might mean… It’s all bollocks. We write what we see, we write what we believe and we love what we do, and hopefully our songs reflect our attitude. I want to also give massive love and appreciation to anybody who pre-ordered, bought and believed in us enough to spend their hard earned cash on the songs we loved and put on our debut album. We understand how hard you guys graft, so to hear people tell us they’ve bought multiple copies just to see us up there with the big dogs… We can’t thank you enough. There’s more than us, than there is of them.
Share 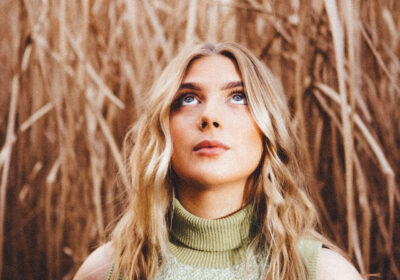 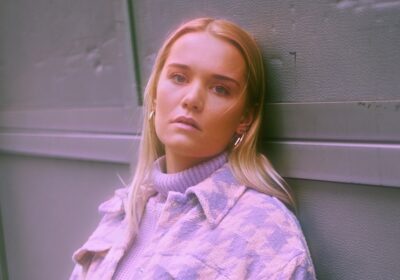 Ahead of her huge show at Notting Hill Arts Club on Friday, we had… 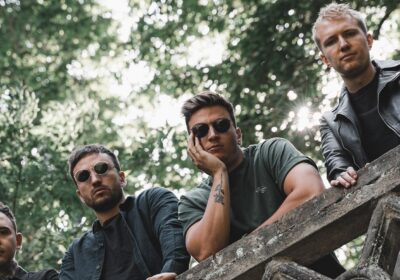 UpClose with The Islas