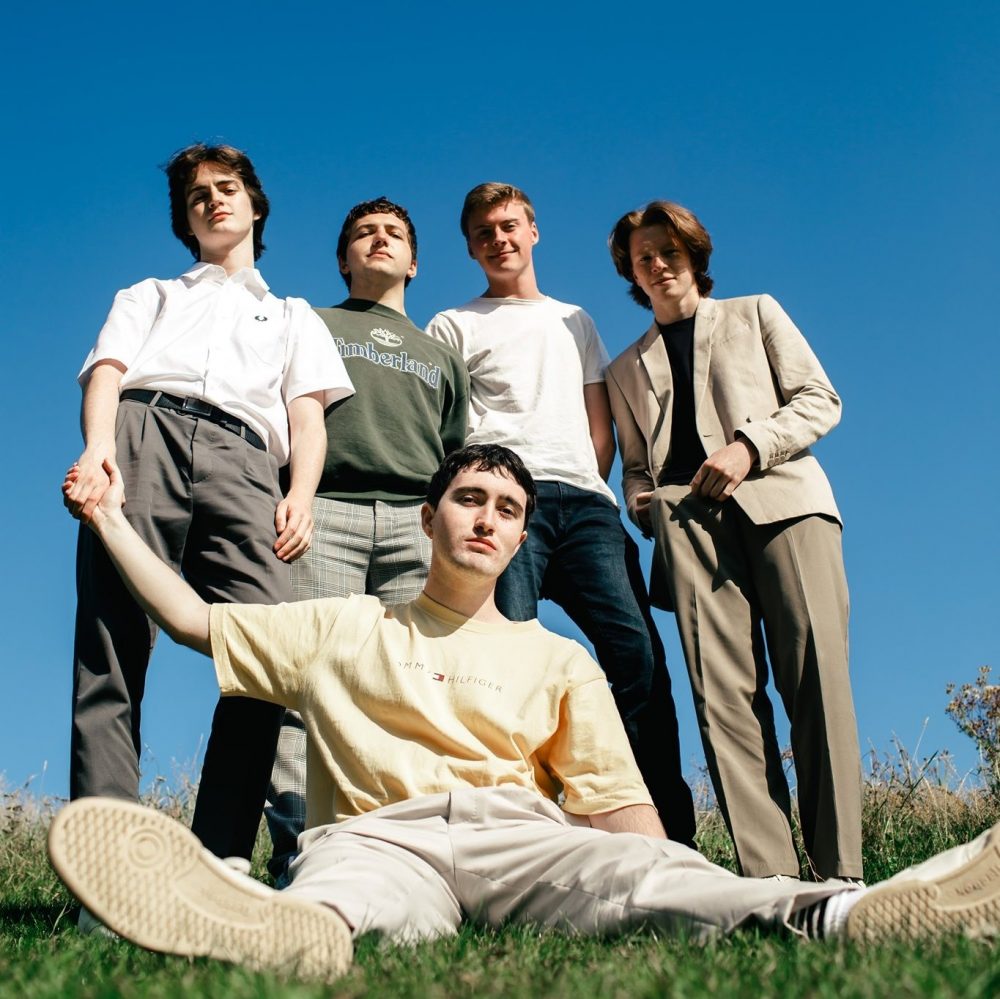 The track is the next instalment of a forthcoming EP

The track is the next instalment of a forthcoming EP

All aged between 18 and 19, the four-piece deliver a remarkably confident vision in their music with spritely rhythms, bright guitar work and playful vocal melodies.  Despite their age, their lyrical observations are immediate and whip-smart, as ‘Popshop!’ itself pokes fun at the career choices of contemporaries and more established bands in sardonic way only youth can muster.

“’Popshop!’ is about the music industry, the idea of selling out and consumerism,” shares frontman Sean Murphy-O’Neill. “The name is derived from Keith Haring’s store of the same name, and the idea that it is positive for your art to be consumed by a larger audience rather than only seen as something for upper class art collectors or something to buy for its future resale value.

“We’re also poking fun at bands writing the same song over and over again, and wishing that we could sell our bathwater like Belle Delphine.”