If you’ve been following CLOUT for a while, you’ll have been previously blessed with Richard Orofino’s release ‘Wanna Say’.

Back with the adventurous visuals, Richard Orofino’s alt-pop masterpiece specialises in self-discovery and alienation.

Relatable and a journey we’ve all been on the past couple of years, the visuals for ‘Wanna Say’ made by Max Martuscello, Nicolas Bruno & Massimo Orofino.

Speaking about the new video, Richard states, “The music video for Wanna Say follows a lonely alien living in an American suburb just trying to fit in. He lives in a little house next to some not so accepting neighbours.

Through riding his scooter, browsing for stuffed animals and playing the banjo, he takes the viewer on a musical journey of self-discovery. Trying his best to navigate this foreign world, his goal is to find ways to love himself for who he is on the inside.

Wanna Say is a cute and silly tale of self, truth, and also what lies beneath the surface of small-town USA. Filmed with family members of Richard Orofino in Long Island, NY.”

Musically endearing and a true Richard Orofino anthem, ‘Wanna Say’ is about finally feeling confident with yourself. 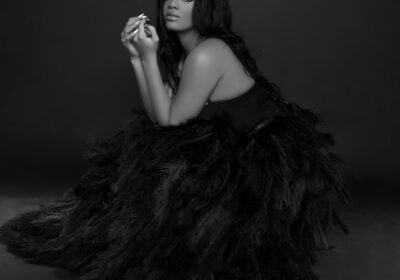