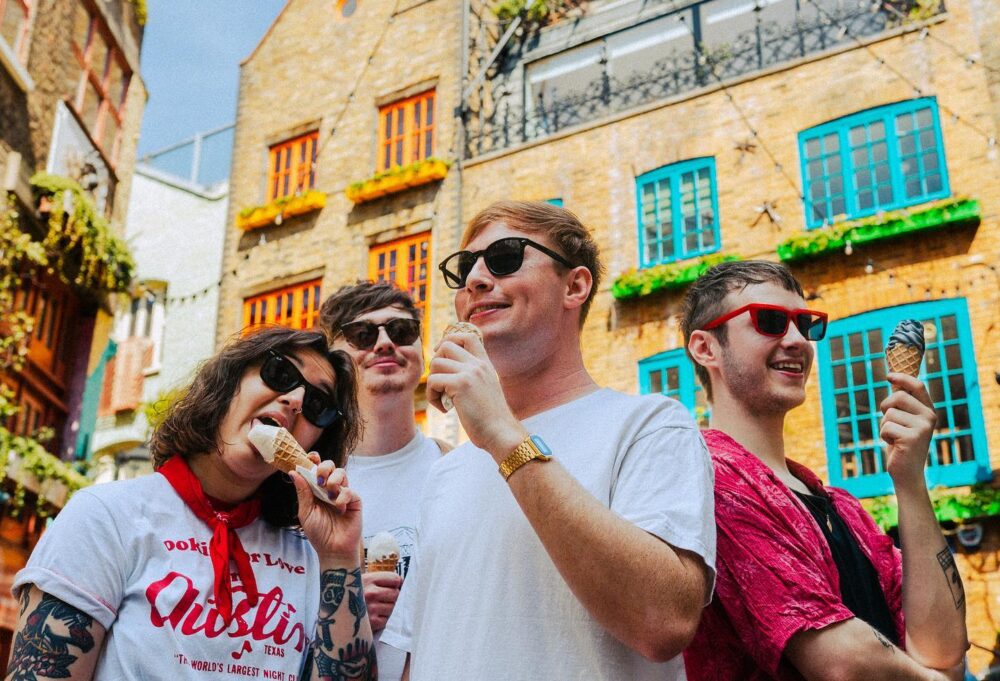 The track is the outfit's second release of the year following the excellent 'Somebody'.

The track is the outfit’s second release of the year following the excellent ‘Somebody’.

You know the drill with Northampton indie pop outfit Sarpa Salpa by now. Colourful synths, huuuuuge indie pop melodies and grooves, assured vocals, and an incessant and impenetrable sense of fun. If you don’t know that at this point then I’m not sure what to tell you.

The latest release from the outfit is ‘Dreaming’, a stormer of a track that assesses the highs and lows of realities of being in a modern band. Musically though, the sound just echoes the highs, from its soaring, kaleidoscopic synths to Marcus Marooth’s characteristically strong vocals, the track has an immense sense of charisma and character, that comes to a climax during its huge, cathartic ending. More stellar work from one of the UKs best kept secrets and a band that deserve every ounce of acclaim that they receive.

Vocalist Marcus Marooth says, ‘’Dreaming is about the stark emotional difference I feel from when we are stood on stage performing, to difficult times in our personal lives and struggling to make ends meet. The immense highs of touring and playing live vs the Monday morning post-gig lows. Later in the track it references our reliance on each other as friends as well as our partners and families whose indispensable support keeps us going”.