“Romantic” is probably not a word that you would usually use to describe Liverpool four-piece Bandit, better known for their rabble rousing and riotous indie rock anthems. Latest release ‘Ice Cream’ however, takes the outfit’s now signature sound on a summery date to Blackpool.

The results are as infectious as they are effortless, with Bandit’s seemingly endless energy and enthusiasm providing the perfect backdrop for Nat Waters’ scenic and often quite rousing commentary. ‘Ice Cream’ is a step into more wholesome territory for the outfit but packing every inch of the bite and sheer power that is crammed into every Bandit release. Even on this summery and optimistic track the outfit feel as cutting edge and dangerous as ever. We had a catch up with Nat to find out a bit more about the track.

We love your new single ‘Ice Cream’, what more can you tell us about it?

Hello dearest chaps at CLOUT and darling readers, thanks very much, we’re all dead proud of it n all its summery semi sadness. I (Nat) wrote this about a day sat out int sun and all of a sudden it starting pouring, I was sat opposite this girl I was into (shock horror its about a girl) and we just carried on drinking and having a good time even though everyone else ran inside like they were gonna melt.

Easy yet hard for Ice Cream. I had written the tune and had this demo for it which was what had first encapsulated everyone into thinking it was a good track with a catchy chorus n nice little slo down chanty bridge (we LUV a good bridge us). So me and Evs were putting some guitar parts down and struggling for one section of the song, then out of nowhere he comes up with…. THE SAD BOI RIFF. After that everything fell onto place, we had it nailed all together the very next day.

There is a raucous energy and vibrancy that comes with every Bandit release, is this something that you have in mind when you’re putting tracks together?

So, I’ve got this thing right, I’m stood next to my mate from back home at Leeds fest and he’s chanting his heart out to a tune. Pint in one hand, other arm outstretched with his finger giving it beans int other. If I think that he could be singing along to the song that I’m writing then I know I’m on to a good one.

How do you feel that your sound is developing as you release more and more tracks?

All of us try make the tune we’re working on sound more anthemic than the last. We feel we’re getting a little bit darker and more evil the more we’re releasing, but maybe thats just our demeanour. JP always has a face on that can only be described as if Mia Wallace had a more moody little sister.

With live shows on their way back towards the end of the year, how buzzing are you guys to get back out there? 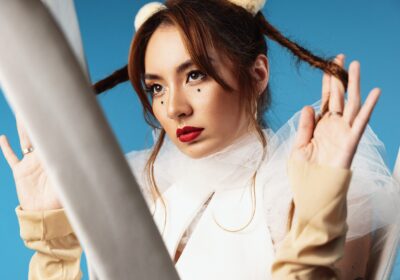 Photo: She Is Aphrodite We got to chat with Jaguar Jonze about the powerful and… 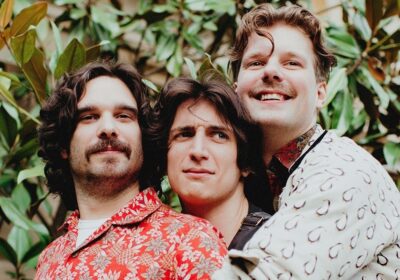