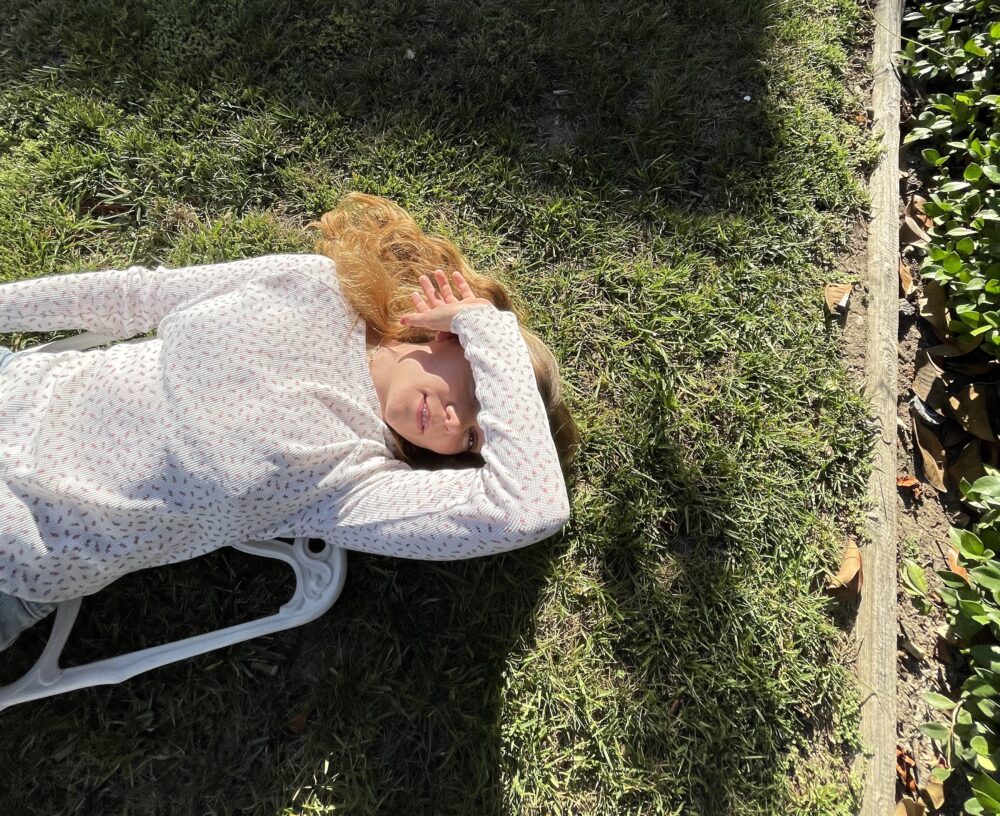 The track closes out a really strong 2022 for the artist.

The track closes out a really strong 2022 for the artist.

On her final release of 2022, dani mack shows off the softer and more vulnerable side of her sound, taking a self-produced approach to delicately talk about the way that she attempts to fight off loneliness and keep her head above water during difficult or testing times.

A truly gorgeously poised and measured track, ‘light on the corner’ does a really thoughtful job of articulating these feelings and emotions, feeling relatable and earnest with every hushed word. The soft guitar and the additional horns do a really endearing job of adding to this sombre and melancholy atmosphere, and amplifies the reflective, endlessly thoughtful nature of the track. dani mack, the monicker of Baylee Barrett and bandmate Chris Reagan, is rapidly growing into a name renowned with thoughtful songwriting and effortlessly memorable tracks, and ‘light on the corner’ provides listeners in 2022 with one more reminder why.

“light on the corner” was written during quarantine and explores the things we do to avoid loneliness.” She shares, “When I hear the chord progression I’m instantly transported back to that insane time. I say insane because it was lonely but also because there was a sort of romance I felt during all of it. The lack of time, awareness, and need to be anywhere had a sort of freedom to it. It was dark and beautiful which is what I feel the song is. the song came about as I was going through an inner war with myself while also trying to carry on a casual relationship. There is a bit of anger there, more directed at me than anyone else. I think we all got to know ourselves more clearly because we were forced to slow down so much. I had nothing to do but look at my patterns, coping mechanisms, and how they affect others and myself.”