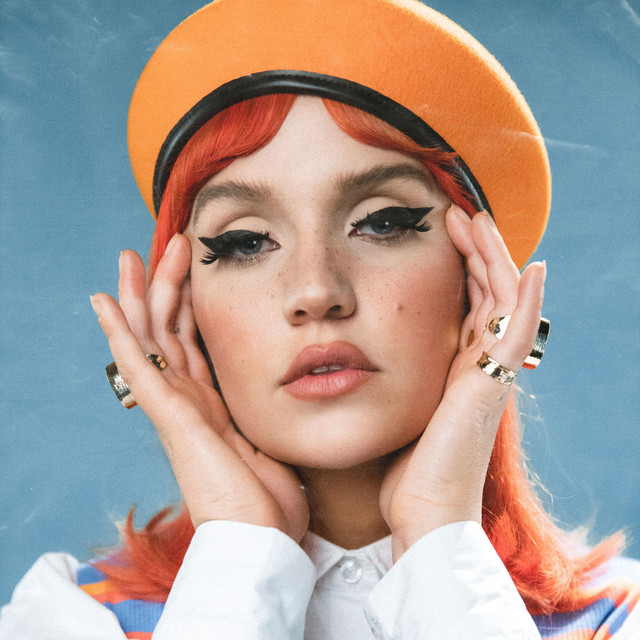 Let’s kick things off with a big pop package, shall we? Fanny Anderson’s new single ‘Complicated’ is completely thrilling. You’ll fall into the highs, lows and steady rhythm of this one in a flash.

The fizzy, encapsulating production and structure is just one part of the puzzle as Fanny’s honest and raw lyrics shine through just as bright.

Speaking on the track, she explains that “I was inspired to write about the complexities of love and life. This song is about falling for someone who’s really not right for you, and how this can make life feel very complex along with everything else that life throws your way”

You’re gonna need a little breather after that last one, so what better way to relax then with the soothing, emotive vocals of Emma McGrath.

Taken straight from the new EP, ‘Say Something’ is third in a series of thematically connected collections. It doesn’t disappoint, complete with Emma’s soaring, heart-warming moments, it’s a complete emotional ride.

There’s something to say about songwriting this good, it’s clear that Emma has a raw talent that you don’t come across every day. Speaking on the track she explains that, “Say Something is about the frustration in not being able to say what’s on your mind. Not being able to tell someone how you’re feeling or what you want” explains Emma. “But maybe there is no point saying how you feel. I find that often the people that understand are the people who already know. Maybe the person you’re chasing will never see or understand you. No matter how many times you dream about it.”

Speaking of talented songwriters, get on board with Thomas Ashby’s new project.

Following what he says are years of internal and external exploration, Ashby has enlisted an international backing ensemble as he explores “one of life’s great truths.”

‘Moving On’ is a slow burner, but one that has a newfound mature edge to it that we can’t wait to explore more. Plus, we’re a sucker for those husky vocals.

Let’s kick things up a gear again shall we, get a load of this indie-tastic new effort from Rascalton. ‘Places We Go’ sees a new lease of life from the Glasgow-based four-piece.

In a short and snappy package of sub-three minutes, they spend no time messing around and jump straight into upbeat, catchy indie rock. This is the kind of urgency that we’re here for, and we have no doubt will take them for.

Frontman Jack says of the track, “Places We Go is probably the most we’ve written about relationships. It’s about the highs, lows and the need for some space sometimes. The different phases – and places –  you find yourself in throughout a relationship. A lot more work happened in the studio writing-wise than in previous songs. I like that it was a team effort between us and the producers throwing ideas about to make it sound fresh.”

Nice little pop package here from newcomer, Catt McCreary. ‘Hardball’ sees the makings of a star, with punchy lyrics and production that peaks in the chorus.

The attitude and confidence is the main thing you take away from the track, it’s unignorable and leaves a lasting impression. Catt lyrically takes on self-doubt and fragile masculinity and absolutely smashes it out the park.

You wouldn’t want to be on the receiving end of this song.

If you’re into lo-fi, dreamy alt-pop then come and ‘Runaway’ with us and Isaac Solo’s delicate, mature vocals.

With an endearing vulnerability to it, the song certainly isn’t going to grab your attention, but if you let it it will take you on a journey of emotions and curiosity that will be hard to come back from.

Slow and steady wins the raise, and with a soundscape as intriguing as this one, he’s way out front.

Debut here for you from newcomer Sasa Zola and ‘It’s Okay’.

The first thing that will really grab you about Sasa is the vocals, nothing overly showy, but just pure and simple talent. Next, it’ll be the minimal production that lets the lyrics and emotions of the song do the talking.

Easy listening with an edge, this is a good one to wind down to.

We like to end on a bit of a cinematic note, which is exactly what we’re doing here thanks to Mumble Tide.

Following the success of ‘Sleepy Heads’ and ‘Orbit’, Bristol’s duo have taken things down a notch with a more mellow offering in the realms of alt-folk.

Explaining their new direction, the duo explains that “Bad Match is a love song about arguing. It’s about the ups and downs. I’m still getting my head around that stuff.” explains Gina. “We were listening to some old boy bands and couldn’t help but steal a few elements like sickly sweet backing vocals and a simple drum machine beat. It’s a bit slower and more dreamy than our last couple of releases. Hope you like it.

Mumble Tide is the project of Bristol based Gina Leonard & Ryan Rogers and has the sound of two people falling back in love with making music, trusting their feelings and just having fun with it.