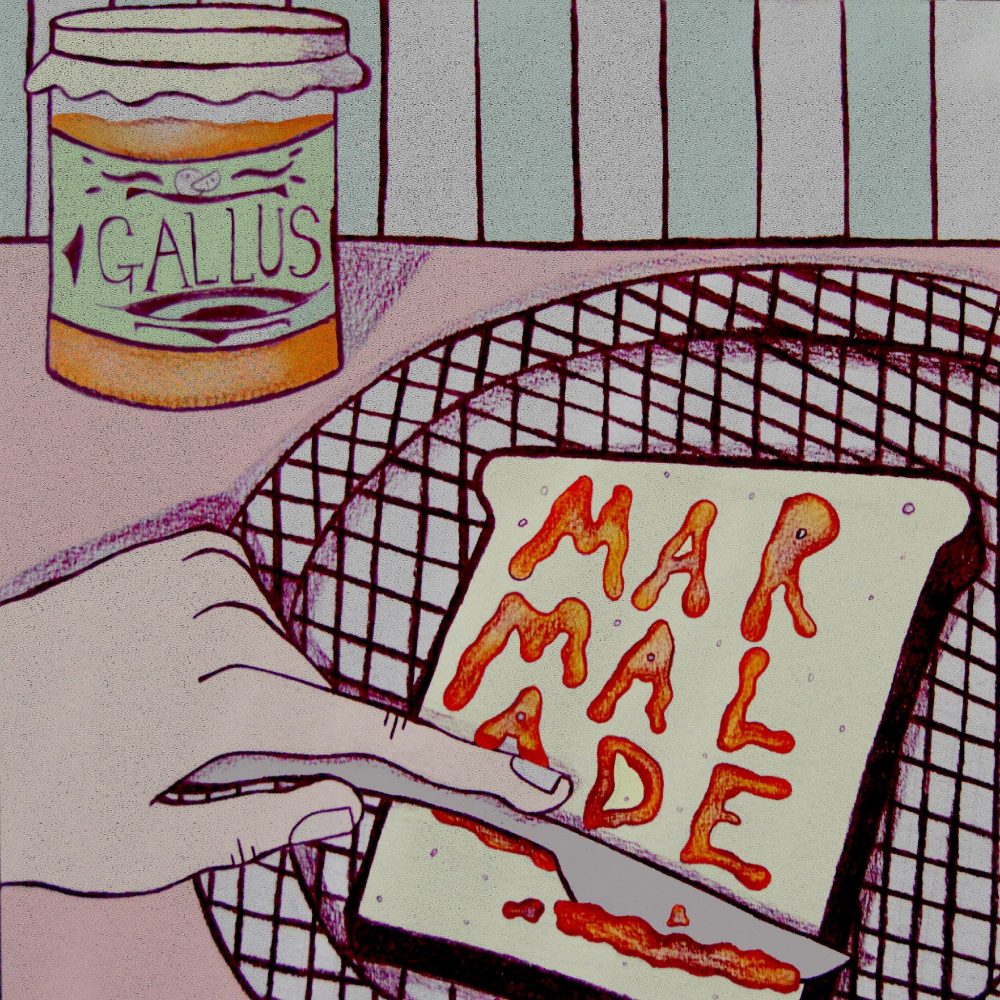 Kicking things off from a little plucky number from Lola Scott. ‘The Eviction Song’ is a refreshing wave of shiny indie-pop.

Straight out of the unstoppable Australian music scene, Lola is a classically trained guitarist, “gone rogue”. The track does well to showcase her personable, relative songwriting talents, and the track is super catchy, too.

Speaking about the track, Lola explains: “When I wrote this song it was my 6th move in the last 4 years; and this house was by far one of most chaotic share-houses I’ve ever lived in. The song developed from the idea that when you live with a bunch of wild cards, and have the type of landlord who hoards things under the floorboards, you can never please everyone.”

Said to be influenced by the likes of Lenny Bruce, Michael Spicer and Bill Hicks. The track features a strong first person narrative, it’s quite the story so pay attention! Featuring an imaginary eavesdropping on a phone call between an inebriated Boris Johnson to Nigel Farage after the Brexit vote where they discuss Donald Trump. Excellent timing with the election coming up too.

The track powers forward before the chant like vocals burst in the finale of the track. Ora Violet explain: “With the US elections looming and the press dominated by Trump’s daily scandals and missteps, Creep Negativo was inspired by the insane idea that our world leaders can be pussy grabbing, perma tanned epitomes of evil.“

We’re getting a bit funky here now with ‘BABYGURL’ from KIANVSLIFE.

Delivered in a short and concise package, infused with life from various samples. The track comes straight from Kian’s debut EP Lady Jasper, which is also out now.

It might be a very short little number, but it sure packs a punch.

Classic indie brilliance here from Diana Wolfpack. ‘Nightmare’ is a melodic, lo-fi indie number that will draw you in and leave you wanting more.

Lyrically centred around past loves, poor timing and the perpetual cycle of starting over when things go wrong.

The vocals are raw and emotive, really showcasing that indie, lo-fi charm. It’s a grower for sure and we see big things coming for this lot.

A real plucky one here that’s bursting with life. Quiche’s ‘Hor-Cha’ is a vibrant effort from the Glasgow act.

They’ve taken a step away from their earlier psych-tinged pop that we’ve previously seen from them and gone a much grittier route. We love it.

Jack Borrill explains of the lyrics “This song is a celebration of modern youth, particularly the pressures of drug abuse, romantic encounters and friends who talk incessantly while their bottom jaw goes down to Aldi to pick up the messages”

Get to know PREP, the four-piece with an impressive background. Grammy nominated producer Dan Radclyffe (AlunaGeorge, Foxes), plus Guillaume Dambel on drums who’s worked with the likes of Kasabian, Odyssey and more. Then there’s keys player, Llywelyn Ap Myrddin with a background in opera and solo piano. Finally, Tom Havelock takes cares of the vocals and he’s written for the likes of Anna of the North, Snakehips and more. Quite the family, eh?

‘Danny Came Up’ is a dreamy, mature little jazzy number that really showcases their refreshing take on their music. We’re really excited for what’s to come from this lot.

Another shining effort from a Glasgow-based act. This time from punk-rockers Gallus.

The track is as urgent as it is catchy, the chorus is big and the verses keep up well too. The non-stop life throughout the track is truly astounding.

Lyrically the track explores Barry’s experiences with therapy, they also reveal that “The song came together very spontaneously and so it has kept its naturally fluid structure and ebb and flow.”

We head over to Bristol now, with indie-pop 6-piece Hamburger. ‘All Hail Zebulon!’ is a lo-fi wonder from their upcoming debut 12″ EP Teenage Terrified set for a December release.

Following recent single ‘Supersad’ that followed the story of a deflated superhero, ‘All Hail Zebulon!’ explored jealousy and violence (but in a super lo-fi, sweet way) from a lonely teenager looking for friendship from aliens.

Speaking on the track they explain, “Every night I sit up in the attic room and watch the skies. The radio whines and splutters as I add my final adjustments. I am tuning in on you. Yesterday, Sarah Winkleman laughed at me in science class when Billy Mordstrom pulled down my pants. Dad said I should’a kicked his ass. I know you’re out there on some cold and lonely planet. I’m down here on one too. I hope that when we find each other we can show them what it’s like to be this weak.”

Ending things with a bass-driven track from Caro. ‘Closet Lunatic’ is the next taster to come from their upcoming debut album Burrows. Coming alongside an incredible stop-motion video, created by the band themselves, which involved frontman Adam Pardey learning stop motion from scratch.

Explaining more, “This video is the result of 5 months spent sitting alone in a small storage room with cardboard taped over the window to block out any sunlight, fuelled by pineapple flavoured energy drinks and a spiteful determination. All of which took place in 2017, before self isolation got trendy and totally sold out.”