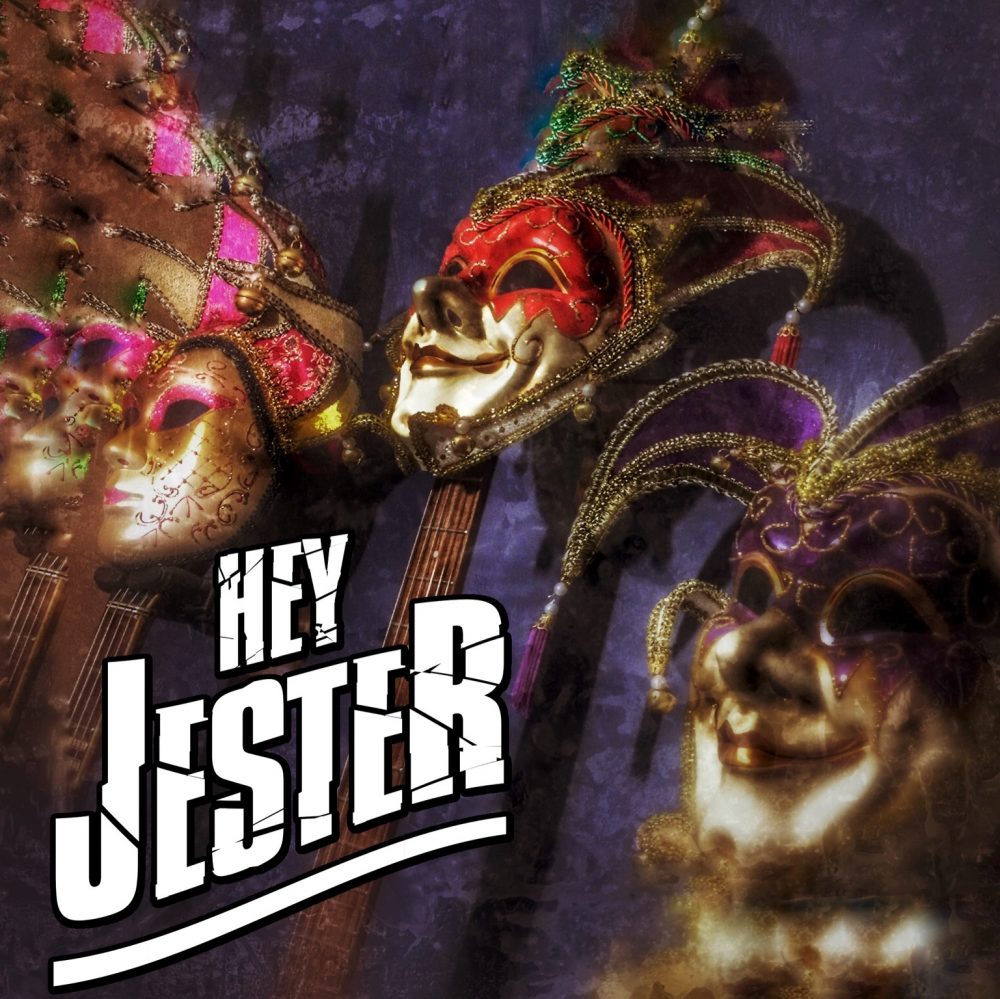 If you thought that the band naming their single after themselves was perplexing, unfortunately that is just the tip of the iceberg. The track winds and bends through intricate guitars and awkward timings to create a complex and nuanced piece of alternative rock art, drawing comparisons to the more unique tendencies of artists like Muse and Radiohead.

If you like your music to provoke and challenge you, and drag you along for a both captivating and unpredictable ride, then you could do a lot worse than this hungry young band.

“‘Hey Jester’ is a sarcastic song with a romance undertone.” Lead vocalist/guitarist Mirron Webb has said. “A man referred to as the “Jester” is being played like a joke by a girl a.k.a the “Queen”. The man serves her like a court jester would because of her manipulation, his gullibility and the pregnancy that bounds them together and makes him “bend the knee” to marry her and to serve her emotionally and financially. It is social commentary on western cultures hedonist relationships which lead to the destruction of stable families”

'Not a Tomboy' shows XIRA at her defiant, infectious best Previous post