Our first UpClose of 2021 sees us getting better acquainted with Bristol outfit Make Friends.

Following a festive break, CLOUT and CloseUp are back providing with you a weekly closer look at one of the exciting acts from their roster, and 2021’s first is a thoroughly exciting one.

Make Friends are an outfit that have been bubbling under the surface of the UK music scene with a steady stream of fun and memorable indie rock singles, and look primed to emerge. Tracks such as ‘Hesitate’, ‘Ellie’ and latest single ‘Kung Fu’ have seen the act establishing themselves as a gem in the UK scene waiting to be unearthed, and while the global pandemic has halted this progression, it has just left an exciting act stacked with huge tunes, patiently waiting for their chance to showcase them again. We had a chat with Make Friends to uncover a bit more about the band.

Make Friends! It’s great to have a proper chat. We’re such big fans of your music as you well know. Tell us a bit more about the band, and how you guys formed?

Hey guys! We’re Indie/Alt rock four piece Make Friends from Bristol. We met a few years back playing in different bands and over time began to realise the four of us had similar musical influences and the same love of music. We started playing in a new band together and formed Make Friends in 2018.

We enjoy all aspects of it in different ways, but for us there’s no better feeling than playing songs live. It feels great to physically see people and how they react to our music. We’ve realised this especially in 2020 from how much we miss it!

2020 has been such a crazy year for musicians, how much has it had an impact on your music, and the band?

When the first lockdown hit it was gutting as we had a lot of amazing shows planned for this year, but we managed to make the most of it with our songwriting. In 2020 we suddenly had a lot of free time and during it we wrote songs like Hesitate and a couple more we are planning to release next year that we’re really excited about.

We for one are absolutely missing live shows/festivals more than ever thought. What does a Make Friends live show usually bring?

A Make Friends live show is all about us giving our all and not holding anything back. We’re really inspired by bands like Foals and how they always give such an electric live performance, and we love to do the same when we gig. We basically want people to be as wowed as possible!

An oh so generic question, but let’s end on a classic. What does 2021 have in store? Festivals/shows/new music?! Tell us all you can!

2021 is set to be a busy year for us. We’re heading back in to the studio as soon as we can to record a couple of new tracks we’ve written throughout 2020, and we’ve already got a show at Thekla in our hometown of Bristol lined up on Feb 22nd. We have a lot more planned on the live side of things that we can’t announce yet, but it’s coming. Unless we’re hit with a year long lockdown!
Share

The Mos Capri Experiment shows off her endearing sound on 'Ok to Trust Yourself'. Next post 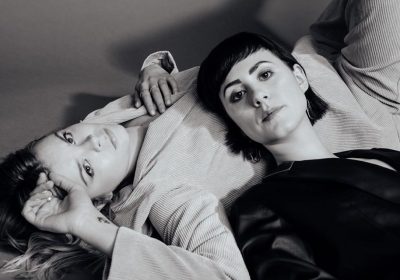 UpClose with The Tin Pigeons 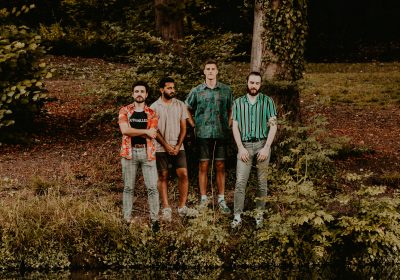 UpClose with Only Sun