Who TF is Alex Gough?

We had a chat with Alex Gough, a thoroughly unique and groundbreaking trailblazer in Irish hip-hop.

Uniqueness is a trait that is attributed to a lot of artists, whether building and expanding on established formulas and ideas or taking dramatic left turns and genre skipping in tracks, there are a lot of ways to make your music stand out and feel set apart from that of your contemporaries and Alex Gough is an artist who probably has one of the most exciting and groundbreaking claims to uniqueness of all. The words Irish and hip-hop are words that have seldom been used together, not in a mainstream sense at least, and Alex is someone who is looking to make an emphatic change to that.

The drummer, producer and rapper feels like Waterford’s answer to Anderson. Paak, if that is something you can get your head around. Ushering in a soulful and almost jazz-like hip-hop sound to compliment his distinctly Irish rapping, Alex Gough’s feels as fresh and exciting as he is purposeful, with the artist laying the blueprint down for a sound that nobody has really heard before. It is a clash of styles and sounds that may make some people shudder in theory, but feels refreshingly cutting edge and dynamically modern in practice. Alex is an artist that knows his sound inside and out, and has a blank canvas to just riff over in whatever ways he pleases. The end result is a sound that feels limitless and free, and new mixtape FOREVER CLASSIC is the most concise example of this yet. We had a chat with the young artist to find out some more about the unique talent and his even more unique sound.

Who TF is Alex Gough?

Alex Gough is me. I’m a 21 year old drummer, producer and rapper from Waterford, Ireland. That’s who TF I am.

As long as I can remember. I started playing playing drums when I was around 6 and I’ve loved making music ever since. I grew playing in a lot of bands through out my teenage years, that’s where I cut my teeth as a musician. I started producing around 3 years ago and that’s when I really started writing and creating my own music by myself.

I can’t imagine not making me music. It gives me a sense of joy and achievement. When I’m making or playing music, I can really do whatever I want and that freedom is an amazing feeling. It makes me feel good and I like being able to make others feel that way with my music also.

I love a load of different genres and artists, that’s probably why my music is so varied and free. At the moment I listen to a lot of jazz, soul and hip hop so that’s my biggest musical influence right now. I take huge inspiration from movies and fashion and other trends aswell, especially things from the 80s/90s. Big fan of retro/vintage stuff.

It’s impossible to choose. It’s all been amazing and all played a part in the journey but if I had to choose, back when gigs were thing, I’d probably say Eurosonic in The Netherlands, that was class. Recently, while it was probably finishing FOREVER CLASSIC. Ridiculously proud of that record and it was a really tough but rewarding time in my life, especially with lockdown and stuff.

I usually label it Hip Hop/Jazz, jazz because of the free nature of my music, especially live. I guess in broader terms it’s like retro hip hop meets nu jazz. I mean, I think it’s very me so it’s hard to categorise it from the inside.

Sitting in a studio I’ve built, big glass window looking out over somewhere sick, loads of gear and synths and stuff, waiting for my favourite musicians to come in to work on something. That’s how I’ll know I’ve “made it”. At least for now anyway hahaha.

We love your latest release FOREVER CLASSIC, could you tell us some more about it?

FOREVER CLASSIC is like a 90s movie, or at least that’s how it feels to me. It’s a journey through a retro world I created and I guess it’s just me living through that. I wrote the majority of it during quarantine so I had to create my own surroundings to reflect on, ones broader that the four walls of my house. It’s heavily influenced by the 80s and 90s like I mentioned earlier, FOREVER CLASSIC the name refers to me being forever classic, always looking to the past for inspiration, that’s what part of it refers to anyway. It’s my way of bringing what I love from the past and blending it with myself, living in today’s world.

Do you feel like that being an Irish hip-hop artist offers a lot of scope to offer a really unique perspective and sound?

Absolutely. In the broader sense, and I mean internationally, Irish hip-hop is in its infancy meaning no one really has any expectations or preconceived ideas of what it could be. Me and the other sick Irish hip-hop acts have the opportunity to create that sound and create that perspective that we have on our home. That’s a huge honour and a huge responsibility that not many people will ever be faced in their life time. It’s hugely special and incredibly important for the future of music both in Ireland and all over the world.

I’m lucky enough to feel the support from a lot of people. Both from the public and from my family, my friends and my team. I couldn’t do it without them. 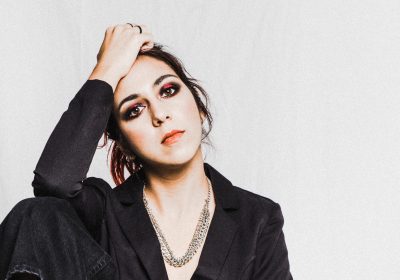 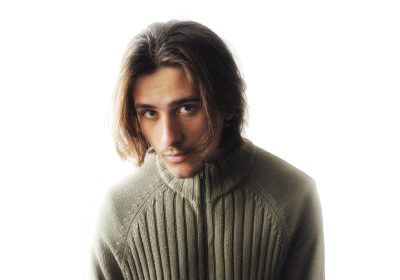 With ‘New York, Falling Apart’ the latest in a long line of immense, emotional…

Boasting a unnerving dark pop sound and an abundance of unique creativity, we sought…