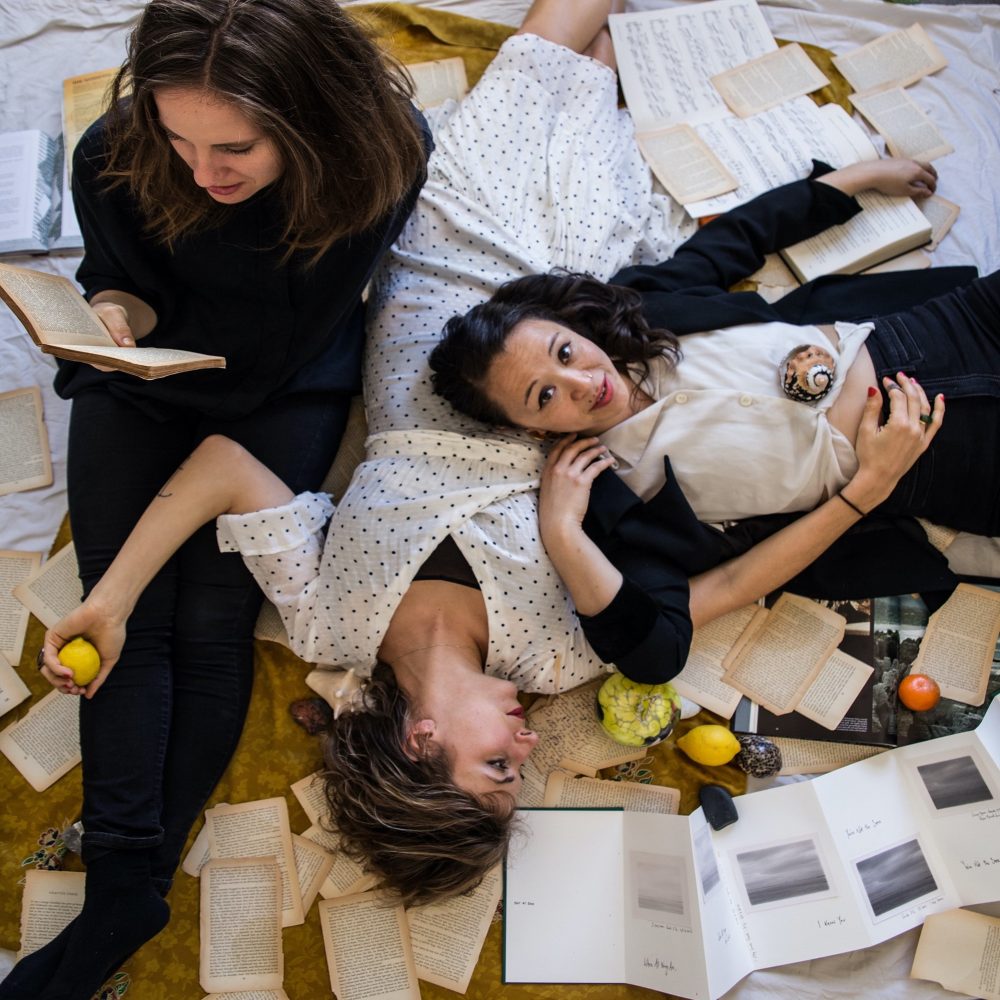 Powerful one from Finland’s Bad Sauna here. ‘Haluun Pois’ is a blistering, melodic rock offering from this rapidly rising act.

The track comes alongside the announcement of their debut album Olen rikas sillä minulla on teidät (I’m Rich Because I’ve Got You).

The band’s third single, it manages to encapsulate that sad, hopeful feeling in an ultimately positive way that we’re 100% here for.

Explaining the lyrics, which are in Finnish, lead singer and guitarist Felix Lybeck explains,“The lyrics for our new single deal with escaping reality through partying and intoxicants. Sometimes it can be so hard to cope with certain things that it’s easier just to drown your sorrows, until you find out you’ve drowned yourself completely,”

A track with a slightly lesser punch than the former, next up we have Shade Ray with ‘Emporer’.

This lo-fi, plucky offering is a little sixties in its style, but modern with it’s subject. Exploring the feeling of loving someone before they get famous, the track sees the wobbly vocals sit on top, perfectly honing in on that frustration and confusion of such a situation.

The guitars burst into life in the latter third taking things to a hectic climax and really acting as the highlight of the track before sitting back down to some simple harmonised backing vocals to see the track out.

A spectacular vocal-fronted offering from Sans Soucis here in new track ‘Air’. The first track to come from her upcoming double EP, set for a 2021 release.

Expect a minimal styled, multi-textured electro production, allowing her vocal talents to really shine through on this one. Entirely pitch perfect and beautifully layered, the track is a minimally complex beauty and is definitely worthy of your time.

Speaking on the inspiration for the track, she comments “I spent quite some time wallowing in my insecurities and fear of failure, that I almost forgot how much courage it takes in a time like this to be real, to still believe we can inspire each other, to believe we can support and help people around us by simply being a great example. It’s a tremendous responsibility that I can only actively do while I am alive.”

She continued “Air is vital for our survival, which is something that we’ve started reconsidering during this tough year. With this song, I am trying to talk to someone who has lost focus, their compass or purpose.”

Aiming to capture the intensity that comes from passion and drive, ‘Don’t Wait’ is a vibrant offering that serves as a reminder to us all to push forward and focus on our goals.

Speaking on the track, Denis tells us, “Whether it’s toxic relationships, societal pressures or indeed COVID holding you back, I hope this song will encourage you to move past whatever weighs you down and pursue what truly makes you happy.”

A smooth and soulful piano-led track here from Karl Zine. ‘Outrun’ has now also been given the music video treatment.

For those not familiar with Karl Zine, he’s one half of RINNGS. ‘Outrun’ follows the successful ‘Greenscreen’ and is the second track to come from Karl’s upcoming debut album.

The video embraces nostalgia and takes on graphics from the 80’s video game of the same name. Full of emotive and powerful keys and a staunch bass line, the real heart of this one lies with Karl’s heartbroken vocals.

Karl Zine talked about the track saying ““This track started, like a lot of my songs, with a title. Outrun was the name of a video game popular in the late 80’s, where you played a Californian, driving his red Ferrari (complete with Blonde female passenger) along infinite palm-lined highways in search of the ever-elusive Hi-Score.

The game felt like a fitting metaphor for a relationship with someone that you think is pretty much perfect; the chasing of highs, the lack of a horizon, the sudden appearance of trees and obstacles which could end the race at any moment, the increasing difficulty of trying to stay on the road without ever crashing etc.

This song is set in the middle of a painful break-up where one person has outgrown the other. I wanted to capture a sense of helplessness, the flashbacks of tiny details, the struggle for acceptance and finally, the point at which you are out of lives, can’t run away anymore and have to turn and face your demons.”

Kicking things back into gear with this next track from Krooked Tongue. A powerful, blistering rock track.

Expect plenty of heavy riffs, a good does of fuzz and deep soaring vocals. Lyrically the track takes on broken regimes and the ever widening gap between classes.

Krooked Tongue are taking on those who abuse their power and they’re not holding any prisoners.

Things are about to get a bit funky here, with the new effort ‘Afterglow’ from Silk Cinema.

Their fourth release of the year, they’ve certainly been a busy pair. Lyrically exploring how everything comes to an end, but putting that positive spin of new beginnings on it that we’re sure many people will be hoping to do post-COVID.

A soft and smooth track, but with a funky bassline to power it forward and get your dancing.

An atmospheric indie one for you here. Orchard’s ‘Paws’ was actually the first track that they wrote together as Orchard.

A dark and moody love song for those who are a little bit anti-love. The track doesn’t quite appear as happy as you’d expect a love song to be, but it takes on the feeling of being overwhelmed by life, getting a bit consumed by everything going on but at the end of the day, knowing that someone is there and has your back throughout it all.

The track trundles along with a simple melody, before really starting to build in the latter third with rousing guitar hooks, a sample and chat-worthy vocals.

It might not be summer anymore, but that doesn’t mean we can still bask in a bit of sunshine does it? ‘It’s Cool’ from Sunnbrella is sun-kissed dreamy indie pop that’s good for the soul.

Dreamy monotonous vocal harmonies lay the back bone of this track, whilst the upbeat instrumentation power the track forward, just you wait for the melodic guitar solo that’ll definitely put a spring in your step.

Lyrically, the track is an ode to friendship and an attempt to bring ‘Bro’ back as a term of endearment, will it work?

SCORS – Under The Sea

Ending on a proper high note now. Get yourselves acquainted with SCORS immediately. A five-piece with many things up their sleeves, bringing a completely unique and refreshing take on indie-rock, with elements of soul, pop and psychedelia ever-present.

Vocalist, Jake Passmore has an undeniable rich baritone that wouldn’t feel out of place next to the George Ezra’s of the world. But pair it with a sonic soundscape as diverse as this one and the result is truly gorgeous.