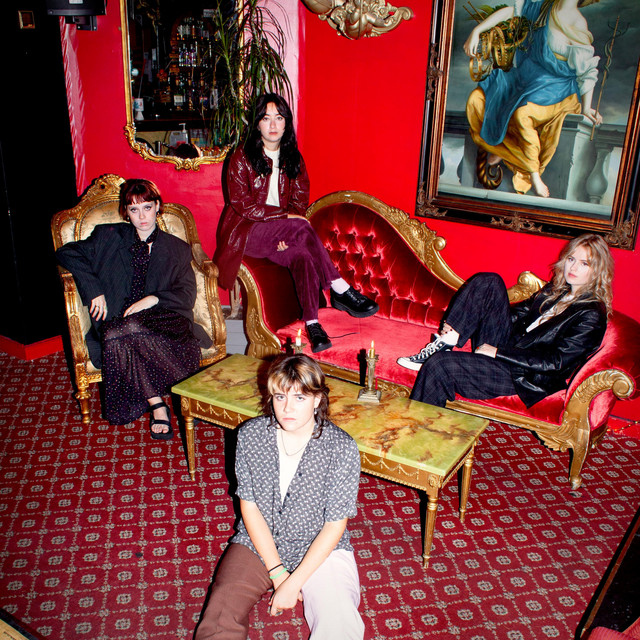 Newcastle’s punk four-piece want you to ‘Relax’, and to help they’ve delivered this raucous but very catchy number.

Produced by Barry Hyde (The Futureheads), we’re seeing a sharper side Swine Tax, one with a lot more confidence and rightly so. This is filled to the brim with energy and life and it’s hard not to get sucked in.

Speaking on the single, the band explain, “Relax is an ode to Newcastle’s primal club scene. It’s like a warped dance track, combining a speaker-shaking beat with a bittersweet pop chorus. It’s the intoxicated internal monologue of a big night out – the dancing, flirting, chest-crushing bass, rushes of blood, heightened senses, cutting loose and coming undone.”

A super smooth effort from Lemonteeh here. ‘Lazy’ comes straight from their upcoming debut EP, Nuevo Rey. And it’s a summery breath of fresh air with a punch.

Full of colourful melodies and a wild, powerful energy powering it forward, the track is as vibrant as they come and hungry for success.

‘Lazy’ follows the debut single ‘Forgive Me Father’ released earlier this year. Written pre-COVID, the track is more fitting than ever following the advice to retrain. The pair explain further, “Although we wrote this pre pandemic it has become somewhat even more poignant during this space and time we find ourselves currently in. Only recently artists are being told by those in positions of power to retrain and find other jobs and skill sets…

…without art we may as-well be robots following whatever narrative is given. “

Expect plenty of layers of synths, melodic hooks and a steady bass line to transport you to a dreamy alternate universe back in the 00’s.

There’s nothing but good vibes here, and that’s something we could all do with, right? A refreshing, atmospheric track with a bright chorus to give us a bit of oxytocin.

Speaking of ‘00’s Nostalgia’, Joe Delaney-Stone explains: “00’s Nostalgia is a desperate cry of sentimentality in the face of existential dread, it’s something everyone has experienced at one point in their lives. I wrote it in deep lockdown around late April when the novelty of being cooped up had well and truly worn off. It had been unreasonably hot for April and as I slowly cooked in my barely ventilated North London flat I was noodling on my guitar and the intro riff just appeared on my fingers. As I came to write the lyrics on an old memory on social media catapulted me back to my early teens when the existential threat of global events seemed like something that just happened in the news and not something that would ever affect me. I tried to reflect on that and the effect that comparing myself to others on social media during lockdown had on me and probably countless others.”

Meet LIME, a brilliant new act from Brighton. Having already impressed the ears at 6Music and beyond with their debut, they’re now back with ‘Fever’.

Exploring Gen Z, the track is a provocative, brass-filled number that has a lo-fi disco vibe to it. Expect plenty of layers and a whole lot of attitude, you won’t be disappointed.

We’re expecting great things from these, so keep your eyes peeled for more from the quartet.

Brand new debut single for you here from Hull’s Tom Atkin. ‘Lil Fucker’ is a tongue in cheek, hazy effort with trap tendancies and husky vocals.

An experimental edge is clear here, it’s certainly a wild ride towards the end of the track. But, we’re here for the creativity, and are looking forward to what’s to come next.

Speaking about the track, Tom explains, “Lil Fucker is quite a personal song and in essence, is self-referential in regards to, on occasion taking things for granted. In regards to the production, we tried to harmonise my interests of older icons with some new, and this song and the rest of the EP tells a short but vivid story of an emotional stage in my life. I sat on this for a while and it feels like a good time to release this song in particular.”

Vox Rea – Dose Me Up

Vancouver’s Vox Rea, formerly known as The Katherines, have kicked off their new project with the silky smooth ‘Dose Me Up’.

Haunting vocals and a mature production, the track is modestly powerful. The verses build slowly as the track goes on and the chorus is ultimately familiar as it washes over you in a low key refreshing way.

Speaking on the track they explain, “We wrote Dose Me Up on our grandmother’s piano at home in late October. The nostalgia of being in our childhood home had a big influence on the song — it’s a bit of a lament. The word nostalgia actually comes from the Greek word nostos, which roughly translates into homecoming, and algos, or pain. Taken together, nostalgia roughly translates to the return of pain. The elusiveness and flavour of that nostalgia created the melancholy mood you hear in the song — a sort of reckoning with the relentless nature of time.”

Following the success of their debut EP Microcosmic Things, Eades’ ‘Forgive My Mind’ is a casual, lo-fi anthem. There’s a playful side to this one for sure, shining through in the intricate hooks throughout the track, while the vocals power through the entirety, sitting strong and steady as the backbone of the track.

Explaining his inspiration for the track, lead vocalist Harry Jordan explains the inspiration: “I was reflecting on a time of my life where I was a bit all over the place. I went to go see a doctor and I was prescribed anti-depressants and beta blockers. I appreciate for some people they help and I’m absolutely open to that, but for me they made me feel even worse. I was in a meeting for about 5 minutes and walked out with some pretty hefty prescriptions… I spoke to a friend who suffered from real bad depression and we were on the same dose which I was pretty shocked by. Although looking back now, the experience definitely pushed me in the right direction which I can now see as a positive.”

Easy-going indie pop for you here from the wonderful Oscar Welsh. Hailing from Suffolk, they’re taking the indie world by storm and after one listen to ‘Avery’, you’ll understand why.

Their dreamy take on indie-pop sounds is soft, warm and totally inviting. If you want to totally relax, this should be number one on your playlist.

Speaking on the track they explain, “Every night I sit up in the attic room and watch the skies. The radio whines and splutters as I add my final adjustments. I am tuning in on you. Yesterday, Sarah Winkleman laughed at me in science class when Billy Mordstrom pulled down my pants. Dad said I should’a kicked his ass. I know you’re out there on some cold and lonely planet. I’m down here on one too. I hope that when we find each other we can show them what it’s like to be this weak.”

If you’re into super sleek, funky pop then Luke Gomm’s latest ‘I’m Thru’ is definitely the one for you.

A shimmering debut from the London artists, released on his own label Taste of ’96. Powered forward by a subtle but lively bassline, the track is for everyone who’s ready to start a new chapter and shed any and all negativity along with it.

The track is the start of a many big things to come, with an EP already planned in for a March release.