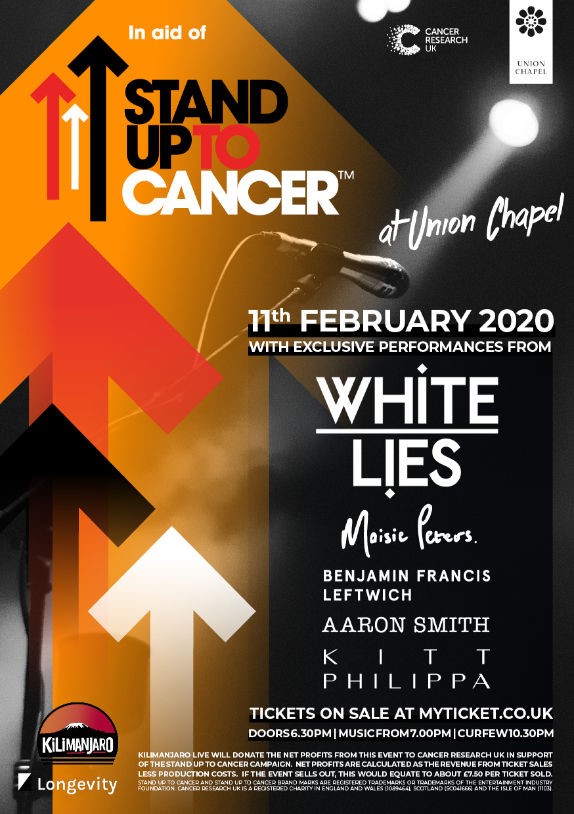 The brilliant White Lies will headline a gig at London’s iconic Union Chapel for Stand Up To Cancer, a joint campaign from Cancer Research UK and Channel 4, raising money to develop life-saving treatment for cancer sufferers.

This year saw White Lies release their brilliant fifth album, describing ‘Five’ as “a milestone album for us, it marks our decade as a band, which has pushed us to expand our sound and reach new territory artistically.”