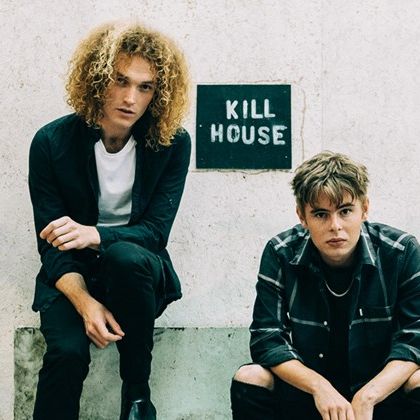 WELCOME TO OUR BELOVED FRIDAY FAVOURITES SECTION, SERVING YOU BY BRINGING YOU A CAREFULLY CHOSEN ‘NEW MUSIC FRIDAY’ COLLECTION THAT WE BELIEVE YOU’LL FALL HEAD OVER HEELS WITH.

All My Friends Hate Me – Stay Up

A track with a dark undertone. ‘Stay Up’ tells the tale of one member of the band being the victim of roofies. A guy who was after his girlfriend spiked his drink in a bid to get the girl. “I was blacking out and needed someone to ‘stay up’ with me. Thankfully, she did. The other guy can suck it.” ‘Stay Up’ is the lead track of their debut album Metal Butterflies, which is also out today and if this track is anything to go by, is definitely worth a listen.

York’s four-piece The Howl & The Hum have really outdone themselves here, ‘The Only Boy Racer Left On The Island’ is a cinematic, epic tune which sees them at their very best yet. Frontman Sam Griffiths has even taken his already outstanding vocals up a notch, just you wait for the massive crescendo.

Speaking on the track Sam reveals that, “this song was inspired while we were on the Orkney islands, when we saw one boy racer driving round and round the same roads overtaking our shitty little van, yet there was no-one else he was racing. I had loneliness on the brain, so this song came together as an anthem of lost youth, while not looking on this young view of masculinity particularly lightly. Musically it borrows from northern and Scottish folk music, Arcade Fire (after hearing them call ‘Wake Up’ a Scottish war chant) and Richard Dawson. This is a song about that guy with the monster-like revving engine roaring past you on the high street when you were younger, seeing him as trying to impress the girls, the guys, himself, and what happens to these young men as the years turn over: people leave, the town changes, but they refuse to grow up.”

MeMe Detroit – Can’t Get You Out My Mind

Her most unruly track yet, MeMe Detroit has dropped yet another high-quality track in ‘Can’t Get You Out My Mind’. Expect plenty of raw hooks and pounding drums that form a solid base for Maria’s powerful vocals. This track holds no apologies and has got us excited for what else she’s got up her sleeve.

Speaking on the track, MeMe Detroit (aka Maria) explains that the track is about “relationship breakups and the heartache that can come with it. 99.9% of us will experience the devastation of heartbreak from relationship break ups at some point in our lives but it can be so empowering and beautiful when you finally break through those dark heavy clouds and come through the other side. This song is dedicated to all the heartbroken souls out there, whether you’ve come through it or are right in the midst of it… right now, this is for you, for us.”

Another Yorkshire act we’re mighty fond of, Seafrethas dropped new effort ‘Love Won’t Let Me Leave’. The emotional track comes straight from their upcoming sophomore album Most Of Us Are Strangers that’s due out next Spring.

Speaking about the track they explain how they, “wrote ‘Love Won’t Let Me Leave’ before we started the main writing and recording for the album. Some songs have been left behind but this one stuck with us and we feel it fits perfectly into the album.”

Scotland’s Luke Marshall Black is back! With the effervescent new track ‘Tell Your Lover’. Taking sharp electro sounds and intertwining them with slick piano work, the result is entirely captivating. Luke’s vocals transform catchy hooks into slices of anthemic greatness. Luke’s explained that the track is “an ‘I’m getting outta here song’. The opening line ‘tell your lover I’ll be gone in the morning’ says it all for me. It’s the moment of realisation when you know you’re in an unhealthy relationship and it’s time to get out.”

KOYO are back with their biggest effort yet in ‘Ostracised’. They’re currently getting ready to release their upcoming second album next year and if this track is anything to go by then it’s going to be a special one. They’re pushing the boundaries when it comes to genres following a lot of psych influences from the likes of Tame Impala and UMO.

Explaining more about their new direction they reveal how they “liked the idea of writing a song that manages to pull together both directions we’ve been going in, the wilder, more raucous side and the spacey, poppier side. It ended up being both one of the heaviest and catchiest songs we’ve ever written and kinda feels like our most “KOYO” song yet in that respect.”

Some blissful indie from Sweden’s Jules Gabriel has returned with new effort ‘Tides’. Following the success of past tracks ‘Riverdale’ and ‘Neighbours’, ‘Tides’ is narratively about giving up, letting go and letting your soul lay bare for something new to take over. If you’re a fan of sad boy indie, this one is for you, primed with dreamy guitars and a layering of euphoria to match.

Two years after their debut track ‘Rebels’ dropped, INTET are here with their new, cinematic single ‘Blind’. Indie-pop at its finest, Sweden’s INTET have mastered the art of broody pop, taking it to cinematic heights.

If you’re not already familiar with INTET, they’re a group of designers, artists and producers from Stockholm who are adamant on keeping a low profile. They want you to focus on the art rather than their personas. An approach that’s becoming increasingly popular in a stand against today’s state of the music industry.

Yorkshire seems to have taken over this week’s Friday Favourites, but for good reason! The third Yorkshire act on our list today are four-piece Bull with their new single ‘Bedroom Floor’, the follow-up to their September release ‘Love Goo’.

‘Bedroom Floor’ was written back in 2015, but with new members in the band giving it a new lease of life, it’s been released. Crackling into life with a tape effect, before strong guitar riffs take control, the track is an indie anthem in the making.

We can’t hold the Christmas songs off any longer. Although, to be fair to us, this is a ‘Christmas Edit’ rather than a full-on Christmas song. Coined by Rikke Normann as ‘the alternative Christmas song’, it’s narratively centred around counting down the days to something, but keeping things subtle – so if you’re really opposed, this could be a track about anything at all, not just Christmas. Either way, it’s really nice and is the perfect track to ease us into the festive season.

Emma McGrath goes pop on 'Fall With You' Previous post 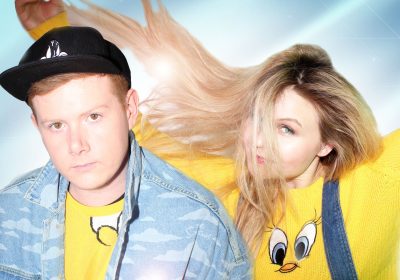 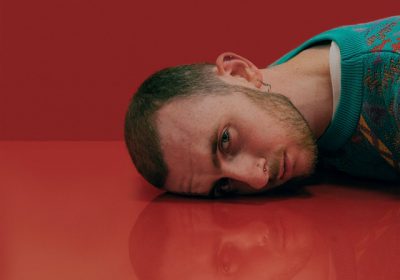 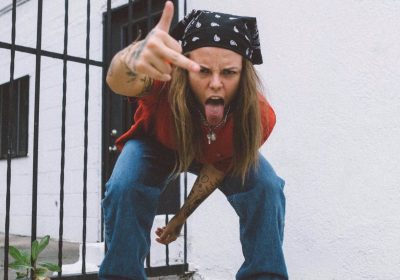