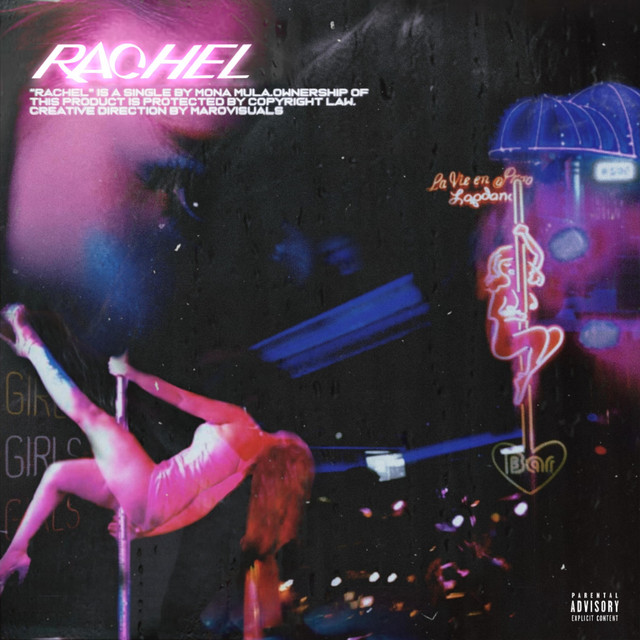 Bella Hutton – Only You

An absolutely stunning track to start you off with today. Bella Hutton’s soothing, emotive vocals on ‘Only You’ are about to capture your soul.

A piano-led track that effortlessly showcases Bella’s encapsulating vocals and take of soft-pop that we are absolutely here for. Expect plenty of vocal harmonies and a general atmospheric, ethereal production.

Lyrically, the track is out to celebrate happiness in simplicity. Bella explains that “It’s kind of a sad song but happy at the same time because it’s slow but also uplifting. It’s about when you are in love with someone but it’s good for once and there are no heartbreaks…which is unusual!”

Bella Hutton · Only You

Now we’ve got you right in the feels, lets perk you up. And what better way to do that than with Natalie McCool’s new release ‘Devils’.

Her second offering this year, Natalie has spent the pandemic treating fans to a series of online performances and regular editions of her podcast, humorously entitled ‘McCool & The Gang’.

Co-written by Daniel Haggis of The Wombats, the track is a vibrant pop offering that has that optimistic vibe to it that we love. Natalie’s vocals power the track forward a-top a simple, repetitive indie-pop layered production.

Speaking on the release Natalie comments that “Devils is essentially about allowing yourself every once in a while to give into emotions that are traditionally seen as negative, and that’s okay, because we are only human and need to experience and accept these feelings to be whole. I think giving someone the space and support to say anything and everything they are experiencing or thinking, and for that also to be ok, is an amazing way to accept and move on. In a way it’s taking away the stigma and shame of these feelings and turning the experience into something positive that will make you stronger.”

Keeya – I Got You

Bit of RnB here for you from Keeya in a dedicated anthem to her ‘famdem’. Following the big success of her former release, ‘Bruk Out’.

The track is the first to come from her debut EP Paradise, set for an October release. Keeya describes the track as “a love letter” to herself and is said to be the most personal offering on the EP.

The 22-year-old has had quite the wild ride so far, after being spotted via Instagram by Scott Robinson (Grammy nominated producer who’s worked with the likes of Demi Lovato, Christina Aguilera etc.) Since then it’s been all systems go and she’s come a long way since she self-taught herself guitar at the age of 13.

‘History’ has the whole pop package, a full, non-stop production, catchy hooks and emotive, seamless lyrics that really take you on a journey – but also make you wanna dance. What more could you ask for?

Expect plenty of synths, guitars and a love story for the ages.

Dead Cherry – Every Sale Is The Same

Get to know Manchester trio, Dead Cherry. If you’re a fan of post-punk, you’re going to love these.

‘Every Sale Is The Same’ is their explosive debut single, tripling up as the opener to their upcoming EP C.R.E.E.P plus the first release from indie label Suck It & Spin.

With a relentless, spoken word sneering narrative, the track lyrically takes on astereotypical ‘sleazy salesman’ journey on a Friday night. The bass propels this track forwards, whilst the soaring guitar riffs intertwine with the drum fills adding to the chaotic feel to the narrative.

Explaining the narrative the trio explains that “The lyrics weren’t initially penned for music. I’d performed this as a skit at some open mic poetry nights, intended as a humorous critique of a lot of the obnoxious and overbearing ‘Sales’ types – think Northern ‘Wolf of Wall Street’ wannabees. There’s a bit of self-reflection in there too somewhere too. Once we’d nailed the sound musically, we were struggling to pen a vocal part – that’s when we had the idea to combine some of therse spoken word skits with music.”

This is the first of three tracks to come from the band. So get on board now!

Dead Cherry · Every Sale Is The Same

Get ready to dance, Henry Dell’s ‘Blocked Me’ is a dark, dance anthem that is sure to get you moving. It’s also the debut single from producer YCONN.

The track might seem like an effortless bop, but it’s been carefully crafted over the course of 2 years, the bass provides a sturdy backbone to the track as the synths and vocals form a majestic earworm that won’t hold any prisoners.

With a sound that’s both modern and retro, the track is entirely refreshing and not unlike anything else around right now in our opinion.

Lyrically, the track explores love in the world of social media, Henry explains: “I came up with the idea for Blocked Me when my ex blocked me on social media. I instantly realised this had never been put into a pop song and was a great opportunity to flip the situation on its head and make a social media self-love anthem that everyone could relate to.”

More synths ahoy here from Bonsaii! Their experimental, indie-pop new offering ‘Lonely Lows’ has a futuristic feel to it that completely takes you by surprise once the drop kicks in. Just you wait.

Despite the fun, playful production, the track lyrically explores loneliness. It’ll suck you in, have lots of fun with you and then hit you with the deeper meaning. It’s a total trip and we love it.

Following the successful releases ‘Gold’, ‘Snowfall’, ‘The War’ and ‘Headspin’. Hi Frisco are back again with ‘Quiet Lights’.

If you’re already acquainted with their work, then you’ll know exactly what to expect from this new one. If you’re new to the party then expect a solid, fresh full sound, with vocals that nicely sit on top – the type of music that you just know is gonna be great live.

Speaking about ‘Quiet Lights’, the band explain, “The initial demo happened around Christmas, I was reflecting over the last few years of my life, searching for the last time I had the feeling of being carefree. Daydreaming of being free from the pressures of time, money, touring, drinking, partying, living in east London etc etc, finding somewhere tranquil to be. It follows the idea that the pursuit can be more fulfilling and enlightening than what it is you’re pursuing, adopting a sit back and enjoy the trip style mantra. Comes with an homage to the bright lights of home (Blackpool), in the form of a jaunty fairground organ intro.”

Big one here from Mona Mula. ‘Rachel’ has a whole lot of attitude and a thunderous bass to boot.

Not to be taken too seriously, ‘Rachel’ is the first of three singles to coming from Mona’s upcoming album Sanity 2 Madness. ‘Rachel’ is said to be the wildest offering from the album and we can see why – but we love it!

We are here for this new wave of female rappers. More of the same please!

If you’re an avid TV watcher, you might recognise this one. Brooke was a semi-finalist on The Voice 2020 and this is her debut single, ‘Attention’.

The kind of pop track that sits in the same vain of Robyn, Dua Lipa etc, Brooke is a strong newcomer, plus she’s gone and dropped a video filmed on one of the iconic Game of Thrones locations along the north coast of N.Ireland.

Plucky melodies and electronic hooks and a smooth, deep bassline, the track is a prime example of that commercial pop that has a dark, edge to it.

Brook explains more on the release: “With the show going on hiatus during lockdown I had an opportunity to be productive. It was great for me to have an outlet to channel my creativity. I love that I have this song to show for it and know I made the best use of my time. I’m so excited to release the track and get it out there for everyone to listen to. It’s a great introduction to me as an artist and hope everyone loves it as much as I’ve enjoyed making it.”