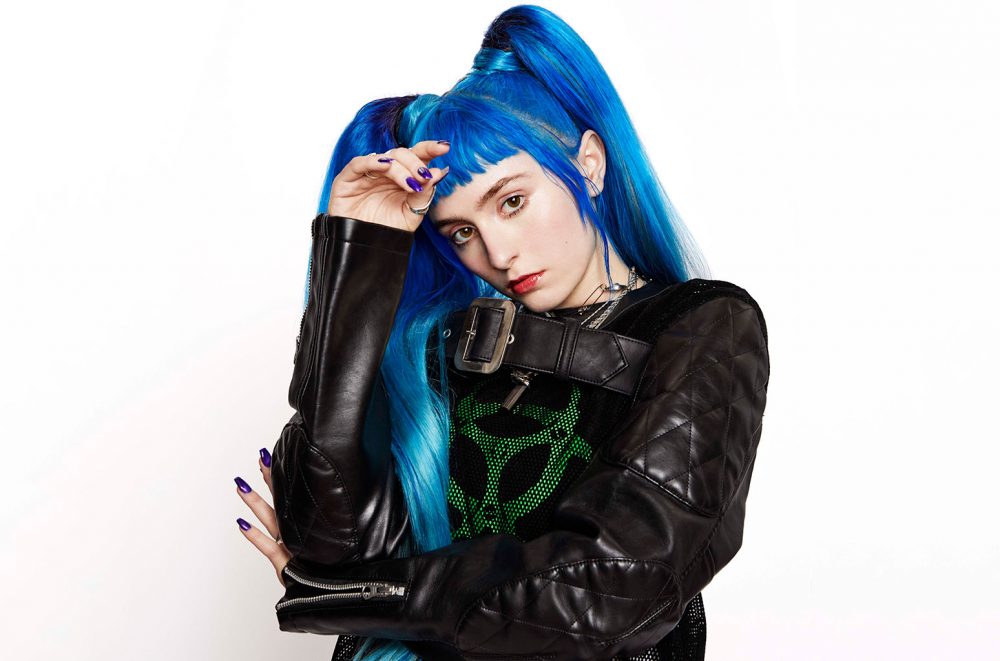 IKR, 2019 has flown by in a most unceremonious manner. It’s been a tumultuous one for most of the world – impeachment, the end of the environment as we know it, to name a few – however we’ve been blessed with some, viral, hilarious, or simply beaut music videos.

Grab a brew, take a pew and unwind (potentially) with some of our faves…

It’s a long, somewhat overdone ‘parody’, the old exercise video. But, Lizzo has done the near impossible task of bringing it back to life with her enigmatic performance. Shaking things up a bit with lots of cuts between a multitude of scenes such as an infomercial, talk show, advert; the music video is just as lively as the song itself, which has unquestionably been one of the biggest hits in the pop world this year. Samantha Daly

9. Brockhampton – ‘If You Pray Right’

You can always expect great videos from America’s greatest boyband and ‘If You Pray Right’ wasn’t ever going to be an exception. The video for the Ginger single sees the endlessly brilliant astronaut polymaths Brockhampton (and a marching brass band) deliver a one take masterclass of making amazing DIY content with just some foil, blue paint and your creativity.
Each verse acts like a character study, lyrically and visually, with Kevin Abstract running (as if still on that 10 hour treadmill livestream he did), semi-naked blue people running around Merlyn before his kidnapping, Joba unblinkingly revealing his darkest thoughts and Bearface, um, just sitting there. Genius. Tobias Pugh

The most iconic bowl-cut in music provided us with more surreal and multi-coloured visuals on the infectiously catchy ‘Miracle Man’. While Oliver Tree is never one to shy away from the chance to have a huge and memorable video, the track features multiple car accidents, the artist escaping from surgery, mid surgery, and of course his trademark massive fucking jeans. Not really one for the faint hearted (seriously you’ve probably never seen jeans so big before) but a weird and wonderful addition to the Oliver Tree canon. Kieran Rogers

Once you get over the fact that this is Charli XCX covering THE SPICE GIRLS! You settle down to watch the video and end up having to watch it a good three or four times before it really sinks in what’s going on. Dancing dolphins, a plethora of animation greatness and much, much more. There’s a lot to unpack and it should be celebrated. Samantha Daly

slowthai, as an artist is often at his best when at his most scathing, offering his unfiltered thoughts an opinion on a world and more specifically, a nation that is failing so many of its inhabitants.

‘Inglorious’ and its visuals are as intense and vitriolic as you will see the artist, Various references are made to life in contemporary Britain and the brainwashing and media manipulation that boils under the surface. Throw grime royalty Skepta to this harrowing sequence and you have what is an instant cult classic track, and an excellent piece of the immaculatebody of work which is debut slowthai album Nothing Great About Britain. Kieran Rogers

Perhaps the creepiest mainstream song of the year, upon first hearing ‘Bury A Friend’ I was genuinely surprised that it was being played on prime-time Radio 1 at 8 in the morning. Captivating murky tones and playing into the ASMR hype with consistently whispered vocals, it was wholly original, unconventional and blew Billie Eilish from being a cult pop star to a household name.

Such a creepy song requires an equally creepy video, and the visuals for ‘Bury A Friend’ play into its dark vibe and album artwork with zeal. Possession, derelict apartments, injections and experiments saw the eerie video draw comparisons to Suspiria and Get Out; a striking visual for an artist hellbent on making her mark. Kayleigh Watson

Who doesn’t love a good viral track, and let’s be clear, ‘Old Town Road’ completely blew expectations of streaming figures, chart success and career legitimacy apart. Splicing the conflicting genres of country and rap, Lil Nas X’s debut took on a meme trajectory long before Billy Ray Cyrus himself got involved. Leaping to the defence of the young artist in that, yes, ‘Old Town Road’ was indeed a solid country song, he unexpectedly dropped his own remix of the track on Twitter complete with new verse.

If this was a genuinely organic exchange, then it was pure gold. If not, then the PR team deserves every gong going. Needless to say a video had to drop and what a blessed union this was. Cowboys, gangsters, dance routines and time travel in a mere five mins? Yee-haw! Kayleigh Watson

While the common trend with music videos has been strictly of the idea that more is more, Easy Life have bucked this trend on ‘Sangria’ and have proven that at times, less is definitely much much more.

The visual features frontman Murray and exquisite featured artist Arlo Parks sat in a plain space delivering the lyrics down the camera, alongside some spliced in shots of (you guessed it) Sangria. There is an effortlessness and an almost uncomfortable intimacy to the video that makes it feel truly unique and groundbreaking.  Kieran Rogers

If you’re a regular you’ll know that every year since this blog was resurrected I’ve predicted the Comeback of FKA Twigs. Well, guess who had the last laugh bitchez.

There was a hefty and sincere dose of emotion when the Queen started teasing her new batch of material since 2016’s ‘Good To Love’. Back then she was still with R Patz, and the demise of that unexpected union would come to inspire much of what would come to be her second album Magdeline.

Even with her penchant for the confessional, lead single ‘Cellophane’ was – for Twigs – unexpectedly delicate and vulnerable. Fans and followers of her social media channels were used to Twigs’ learning how to pole dance, but when the video for ‘Cellophane’ dropped it was finally understood what the venture was for.

Alongside the track, the dancing and eerie visuals create a haunting and emotive piece. As we’ve come to expect, Twigs is a master of creating art out of the unexpected. Kayleigh Watson